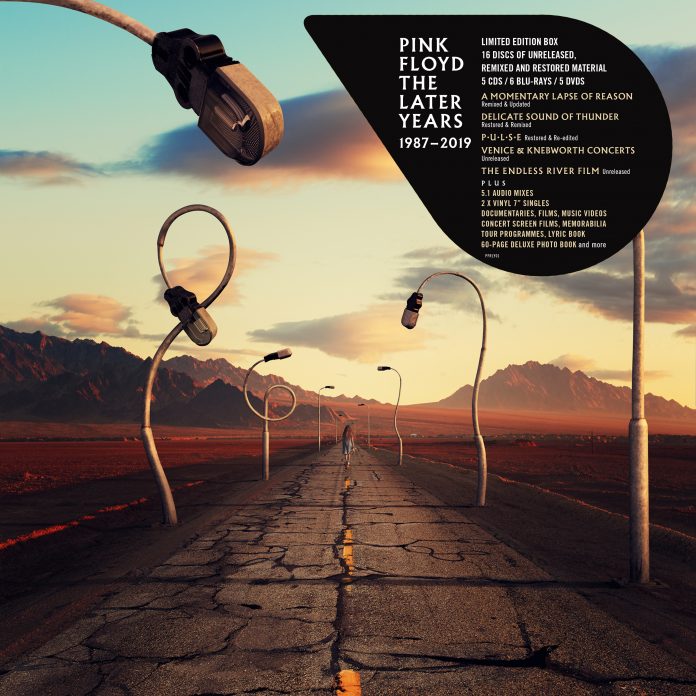 Pink Floyd have just released a previously unseen version of their classic track Wish you were here as part of a new collection of music.

This latest offering from the legendary band is part of a 16 disc ‘Pink Floyd The Later Years’ boxset, which will be released on 29th November 2019.

It will contain 5 CDs, 6 Blu-Rays and 5 DVDs. It covers material created by David Gilmour, Nick Mason and Richard Wright including tracks from 3 studio and 2 live albums starting from way back in 1987.

According to Planetrock, the band sold over 40 million records from ’87 onwards. A remixed and updated recording of ‘A Momentary Lapse of Reason’ includes new drum parts from Nick Mason.

There’ also a remix of Richard Wright’s keyboard parts, put together by David Gilmour and producer Bob Ezrin. The full set also features over 13 hours of unreleased audio and audiovisual material, which includes the very popular 1989 Venice and 1990 Knebworth concerts.

This particular version of ‘Wish You Were Here’ is from the band’s headline set at the Nordoff Robbins Silver Clef Award Winners Concert which was held at Knebworth in 1990.

As well as the 16 discs the collection also features a 60-page hard-backed photo book designed by Hipgnosis, which includes reproductions of memorabilia.

DVD
5 x DVDs (duplicating the content of Blu-rays 2-6 above), each contained in a gatefold wallet with dedicated cover art, including track listings and music publishing credits.

Memorabilia
A collection of reproduction memorabilia including tour passes, stickers and posters, all printed to replicate the originals, and contained in a prestige card envelope.

‘Pink Floyd The Later Years’ will be released on November 29th and is available to pre-order from Pink Floyd’s website.