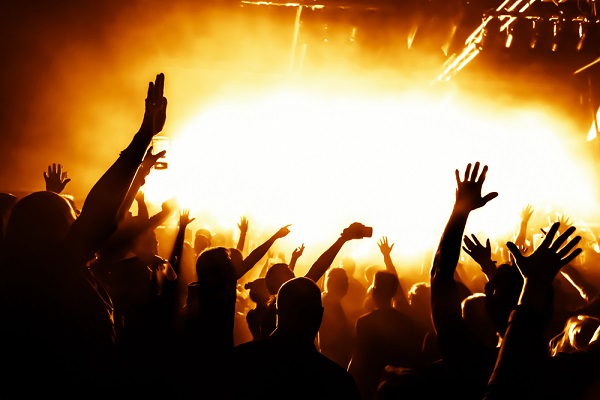 Hundreds of revellers were caught attending an illegal rave at a railway arch in northeast London with police handing out fines of up to £15,600 in total. Officers raided the unlicensed music event in Nursery Road, Hackney, at around 1.30am on Sunday.

Police arrived at the rave to find that the exits had been padlocked from the inside, and loud music pumping from inside the venue. Around 300 revellers were found packed inside the small space and dozens of those attending scaled fences to escape as officers forced their way inside.

A total of 78 revellers were stopped and issued with fixed penalty notices to the value of £200 for breaching COVID regulations by attending an illegal gathering, the Met police have said. Chief Superintendent Roy Smith criticised partygoers for making “incredibly selfish” decisions during the coronavirus lockdown.

“Officers were forced, yet again, to put their own health at risk to deal with a large group of incredibly selfish people who were tightly packed together in a confined space – providing an ideal opportunity for this deadly virus to spread.

“Our frontline officers continue to police this public health crisis with compassion and professionalism, but it is completely unacceptable they have to face such needless risks to their own health and to their families too.”

Last week, police found more than 200 people at an illegal gathering in Knightsbridge. Police said the revellers became hostile when asked to leave, and pushed past officers in an attempt to avoid being fined. Two officers were injured, around 30 fixed penalty notices were issued, and a three-month closure order is being prepared for the venue.

Superintendent Michael Walsh, of the Met’s Central West Basic Command Unit, said the revellers showed “flagrant breaches of COVID legislation and could potentially have put multiple people at risk of contracting or spreading the virus”. Attending or organising such parties during this critical period is an incredibly selfish decision to make and we will continue to take action against those who flout the rules.

“My officers continue to work incredibly hard to uphold COVID legislation in order to keep people safe. While the majority of breaches have been resolved without incident, it deeply saddens me that some individuals have chosen to assault police officers who are simply doing their part in the collective battle against this deadly virus.

“We will absolutely not tolerate assaults on police officers. It goes without saying that anyone who harms an emergency worker will face the full force of the law.”

This is a reoccurring thing with large crowds attending an illegal rave at a warehouse in London last October and many more throughout the Christmas period. Footage posted on social media shows a huge crowd of maskless people ignoring social distancing rules as they dance together.

A Real Life Mario Kart Track Is Opening In Canada!