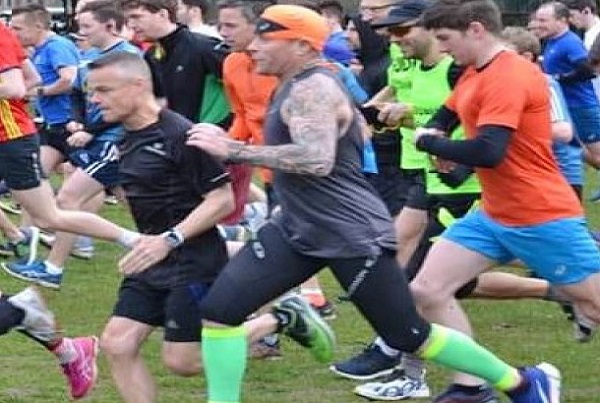 According to reports, the late great Prodigy frontman had secured an excellent personal best time in the Chelmsford weekly Parkrun series. It was just two days before his passing.

Flint’s death was confirmed by the band yesterday after police found him dead in his Essex home after taking his own life. He was 49.

Among the many tributes to the enigmatic frontman one revealed that Flint had only just earned a personal best in the Chelmsford Central Parkrun on Saturday, March 2nd.

Journalist and runner Rob Hadgraft shared the achievement on Twitter via the NME yesterday, “Sad news about #KeithFlint – comes only two days after he’d looked in great shape and spirits, storming round the Chelmsford Parkrun in a PB of around 21 minutes.”

Sad news about #KeithFlint – comes only two days after he’d looked in great shape and spirits, storming round the Chelmsford Parkrun in a PB of around 21 minutes. pic.twitter.com/bBy1Vvh4JK

Oh man, I idolised Keith Flint during the Firestarter era. Just been informed by Gerry McGovern, ED @chelmsparkrun that he had run a @parkrunUK there the past three weeks.https://t.co/qAucmpZnnl pic.twitter.com/KyjZTzNCWa

Flint also had his own motorbike racing team, Team Traction Control, he kept horses and had his own pub in Pleshey, Essex, where he was aknown to the locals. He also had many musical projects of his own over the years.

Keith Flint kept a swearbox above the fire in the pub he used to own (The Leather Bottle in Pleshey, Essex). Whenever he put the logs and kindling in and someone piped up with the obvious joke, he’d point to it and charge them a quid. RIP. pic.twitter.com/lEYZPXfrFj

said how thrilled he was for my success.

Keith, I only met you once, but I shed a tear at the news of your death. In our business, there are no prizes for being kind, but if there was, that Grammy would be yours.

Isle Of Wight Presses On With Plans For 2021 Festival