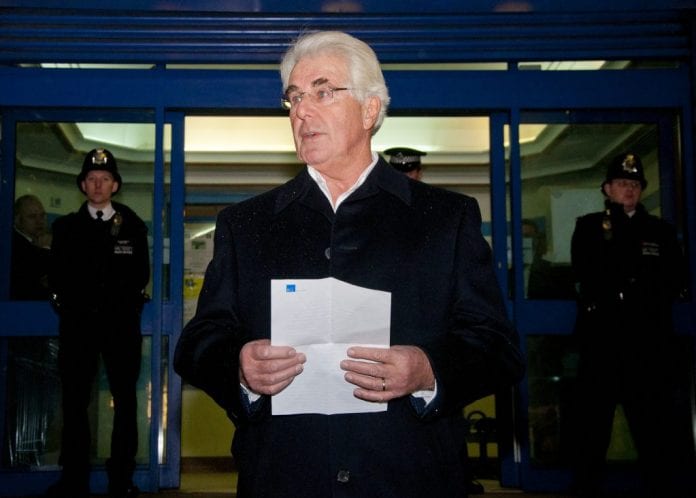 Once known as the most high-profile celebrity publicist in the UK, Max Clifford, has passed away aged 74.

It has been revealed he collapsed in his prison cell where he had been serving an eight-year sentence for sexual offences against victims as young as 15-years-old between 1977 and 1985.

Mr. Clifford’s death was confirmed by the Ministry of Justice, while it is speculated he suffered a heart attack which led to his passing.

The former publicist had been found guilty of the crimes in 2014, as he was the first person convicted as a result of the authorities ‘Operation Yewtree’ following the allegations Jimmy Saville had also took part in sexual abuse crimes.

A spokesperson for the Ministry of Justice stated an investigation has been launched: “As with all deaths in custody, there will be an investigation by the independent Prisons and Probation Ombudsman.”

“Our condolences are with Mr Clifford’s family at this difficult time.”

All Together Now Offers Apology And Announces Next Year’s Show!