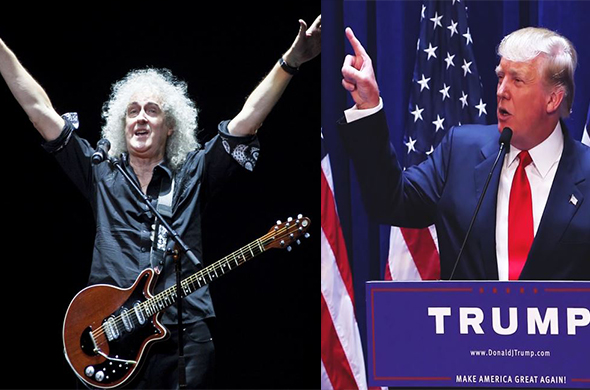 Yet another big rock act has taken action against President Trump’s Twitter account. This time round, Queen has lodged a copyright infringement notice.

That’s regarding the unauthorised use of their iconic track “We Will Rock You”. Trump’s team were using the 1977 rock anthem in a campaign video.

In a tweet shared by Trump on October 9th the post shared footage of a Trump rally with Queen’s hit heard in the background.

According to Buzzfeed News, a representative for the rockers confirmed the use was unauthorised and that the group had instigated the process of blocking Trump from using any Queen songs.

The video has since been removed from Twitter, but not before it’d racked up more than a million views.

Don’t expect this video — which uses Queen’s “We Will Rock You” in its entirety — to remain up for long.

A rep for Queen told me tonight that the band “has already entered into a process to call for non use of Queen song copyrights by the Trump campaign. This is ongoing.” https://t.co/VTLRnLx87p