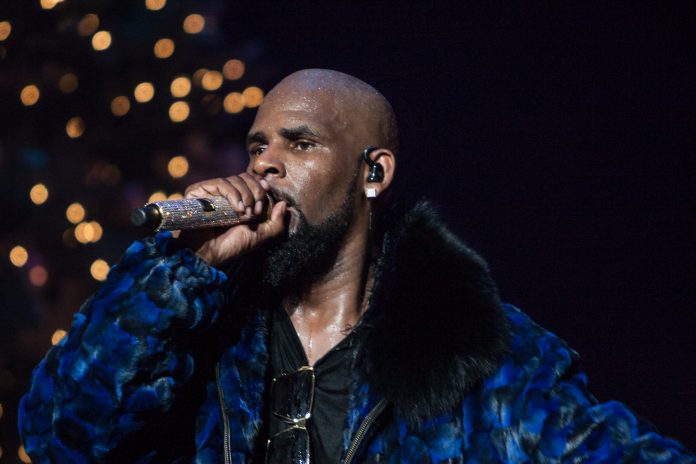 R Kelly is currently on trial in Brooklyn, New York, where a court has just received testimony from the R&B singer’s first accuser, Jerhonda Pace. Many more women and at least one male accuser are expected to testify against Kelly in the coming weeks.

Pace told courts on Wednesday (August 18) that she was sexually abused by R Kelly when she was 16 years old and a member of R Kelly’s fan club.

Assistant US attorney Maria Cruz Melendez described Kelly as a “predator” in her opening statement for the prosecution, saying that he used his fame to get “access to girls, boys, and young women.” Kelly’s defense lawyer Nicole Blank Becker countered by saying that his accusers had been “consenting” and enjoyed “the notoriety of being able to tell their friends that they were with a superstar.”

Pace, 28, is one of several women to have appeared in the 2019 documentary series, Surviving R Kelly.

Pace told the court that she was invited to the singer’s mansion in 2010, when she was only 16, and ordered to take off her clothes. She alleged that Kelly was well aware of her age at the time, claiming that she presented him with identification.

“He asked me to continue to tell everyone I was 19 and act like I was 21,” Pace told courts. She claimed that Kelly said it was “good” she was a virgin, as he wanted to “train her” sexually.

She claimed that she and Kelly continued to see one another for another six months, but that the singer grew increasingly controlling and violent. Pace recalled a time when “he slapped me and choked me until I passed out”. Thereafter Kelly allegedly spat in her face and forced her to have oral sex.

A t-shirt from the episode in question was presented in court, where prosecutors claimed a DNA sample provided evidence of misconduct.

Kelly, 54, has pleaded not guilty to charges of racketeering, sexual abuse, and bribery.

Melendez opened the case, telling the jury that Kelly used his influence and fame to lure in his alleged victims, where he “dominated and controlled them physically, sexually and psychologically”.

“This case is not about a celebrity who likes to party a lot,” Ms Melendez said. “This case is about a predator.”

She described the singer as “a man who used lies, manipulation, threats and physical abuse to dominate his victims and to avoid accountability for years”.

In Kelly’s defense, Blank Becker told the court that the singer did not “recruit” anyone. “They were fans, They came to Mr Kelly”.

“They knew exactly what they were getting into,” she said, adding that “it was no secret Mr Kelly had multiple girlfriends. He was quite transparent”.

Kelly’s New York trial is expected to last at least a month and is the latest in a long run of suspicions and accusations against the singer tracing back to a 2008 Illinois trial where Kelly faced child pornography charges, but was acquitted.