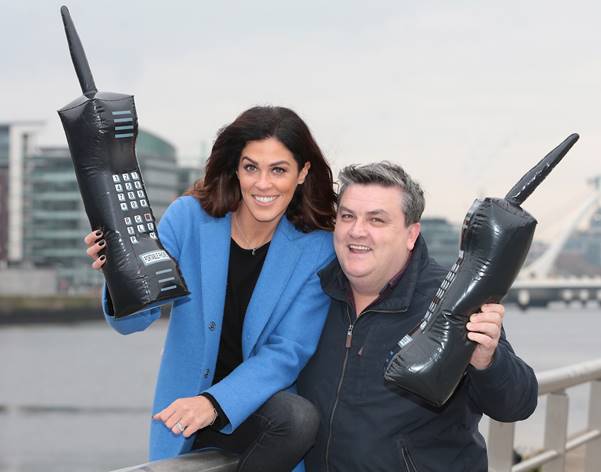 It’s here – Radio Nova’s annual Radiothon is back and this year we’re supporting Focus Ireland in an effort to challenge homelessness.

Irish actor Simon Delaney and TV3 presenter Glenda Gilson have teamed up with Radio Nova to help promote the ‘Help Our Homeless Radiothon’ in aid of Focus Ireland.

This is the fourth year of the Radiothon and Nova has chosen Focus Ireland as its charity partner for 2018. Focus Ireland works with people who are homeless or are at risk of losing their homes across Ireland, with the Radiothon representing an urgent appeal for donations to help their vital work for those who are homeless and those who are at risk of homelessness.

A special call centre will be set-up in our Nova HQ in the Dublin’s Docklands with Focus Ireland staff manning the phones to accept donations during the 48-hour charity pledge drive.

A host of celebrities have offered their support to the event including, professional snooker player Ken Doherty, TV3 Presenter Glenda Gilson and Rugby Pundit Brent Pope.

Radio Nova and Focus Ireland are now calling on the public to support the ‘The Help Our Homeless Radiothon’.

Last year the charity supported over 700 households to move out of homelessness. However, the overall annual government figures for 2017 show a 17% increase in family homelessness. There was also a shocking 23% increase in the number of children homeless during this same period.

The latest figures show that 8,587 men, women and children are homeless.

Nova CEO Kevin Branigan said: “Over the last three years the Nova listeners have raised over €130,000.Their generosity up until now has been amazing and we’re convinced they will once again help us in our campaign to raise much needed funds for Focus Ireland.”

Programme Director Colm Hayes added: “It is unacceptable that thousands of children are in emergency accommodation.  The impact on every aspect of their life is shocking, from how they play with their friends, to doing homework and accessing nutritious meals.”

John O’Haire, Focus Ireland Dublin Area Services Manager explained: “Our staff are working hard to support men, women and children across Ireland every day, but we really depend on donations to raise vital funds to make sure our services can cope with the rising demand.”

Tune in to Radio Nova to give what you can and support a great cause. Visit homelessradiothon.ie for more.