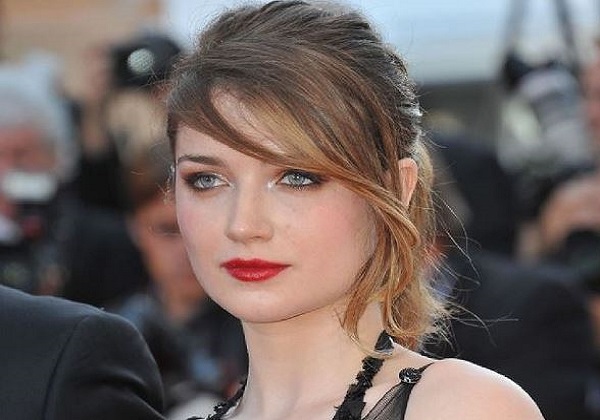 Robin Hood has gone on release across cinemas stateside today, November 21st. And if actor Jamie Dornan doesn’t your float your movie boat then Variety has showered praise upon Bono’s daughter, Eve Hewson. In fact, Irish Central goes so far as to say that she’s the main reason why you should check this film out.

“She simply has it,” raves the Variety review of “Robin Hood,” where Hewson plays Robin’s love interest, Maid Marian. In the US, the movie is expected to fill cinemas over the Thanksgiving weekend. It’s a surefire seasonal bet, revamp a timeless tale with a fresh script and if the critics are to be believed, ‘Eve Hewson is spectacular.’

“And then, of course, there’s Marian. Eve Hewson, who is Bono’s daughter, has a romantic presence expressed through a timeless gaze — she holds the screen with the kind of electrifying radiance you’re either born with or you’re not.”

“She roots this youth rabble-rouser in something recognizably heartfelt, making a stirring case for the people to join Robin’s cause, yet beyond that Hewson simply has it. In the end, the film nods toward a sequel (set, presumably, in Sherwood Forest) with a pretty damn good twist of villainy, and the presence of an actress like Hewson is one reason you actually want to see it.”

She was cast back in 2015, and according to Deadline.com, she beat more than 100 actresses to attain the “much coveted” job.

Hewson herself explained that it’s all about talent rather than being the daughter of one of the biggest rock stars on the planet, “Obviously, every now and then someone would start singing a U2 song at a party, but aside from that, it’s not really about who you are [but] what you have.”

Eve studied drama at NYU and is Bono’s youngest daughter with an older sister, Jordan (23), and two younger brothers, Elijah (14) and John Abraham (11). Elijah Hewson has a burgeoning rock star career in the making for himself, you can read more about that here.