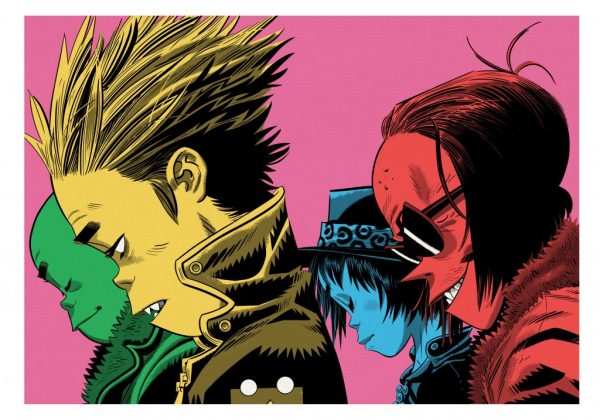 The new documentary from the band Gorillaz called Reject False Icons has just been announced.

The film follows the band in the studio, working along with other artists who have collaborated along the way. The film will be in selected cinemas for one night only on December 16th.

Denholm Hewlett, the son of Gorillaz’ Jamie directs the film, telling us that he “followed the band’s every move for three years, covering the making of two critically acclaimed albums, ‘Humanz’ and ‘The Now Now’.

As well as this is the band’s most ambitious world tour to date encompassing dates across Europe, North America, South America and Mexico, bookended by its own Demon Dayz Festivals in the UK and US.”

A quote from NME about the film states, “the first-ever all-access immersive journey into the world of Gorillaz and its extended family.” Tickets for the screening of Reject False Icons are on sale this week (November 27), with locations of cinemas that will be screening the film.

The band have been busy and Gorillaz released their sixth album ‘The Now Now’ last year, a year after the release of fifth LP ‘Humanz’. A review published in NME of the latter album called it “a trim and spritely listen”.

The latest news on Gorillaz is that they won’t be touring as a band anytime soon, but that frontman Damon Albarn has just announced details of a new project ‘The Nearer the Fountain, More Pure the Stream Flows’, which he’ll be taking on tour in May 2020.