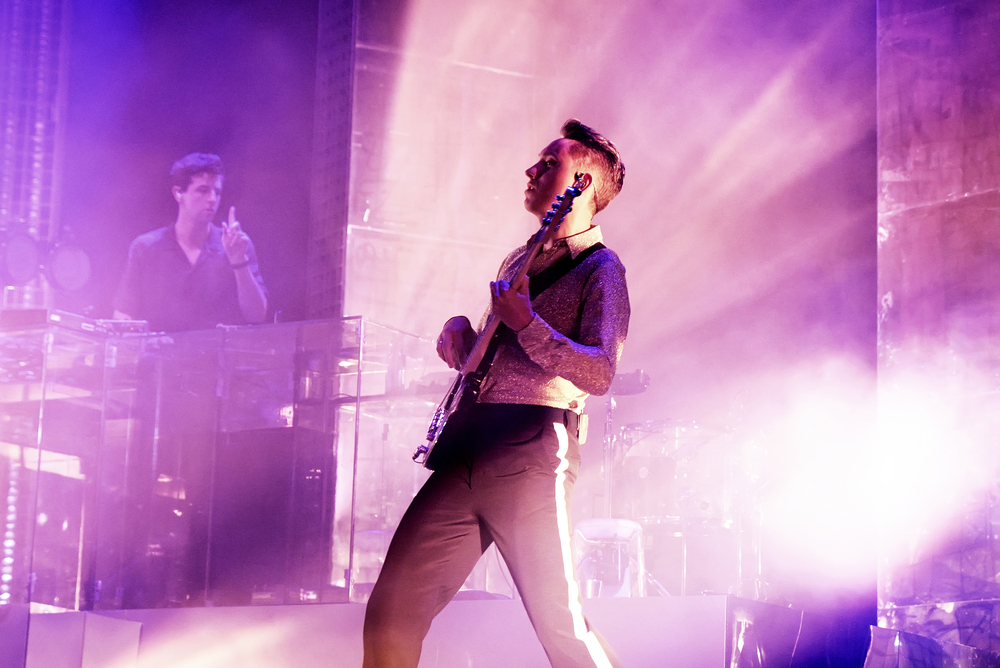 And by ‘blew the Tivoli’, we mean absolutely blew it up! Romy, Jamie and Oliver need to take a bow this morning, because if you’re headed for The Tivoli Theatre tonight you’re going to leave absolutely buzzing.

The gang have signed up for a two night stint in Dublin following their epic show in Belfast earlier in the week and we suspect there’ll be zero complaints from fans today.

Picking a small and intimate venue such as The Tivoli was the perfect plan and went down a treat – I’m not even going to start ranting about how cool and chill the location was.

The audience was full of true xx fans, and it was easy to tell no one was there as a ‘tag along’ which can sometimes be the case at bigger gigs.

Kicking off the night with Dangerous and casually working their way into Islands; vocals were insane, and the base absolute perfection.

There was one minor fault, when Romy couldn’t quite get the timing right however instead of glossing over it she openly told the crowd she ‘f**ked up’, moving onto the next tune to a round of applause.

A political appeal was the only time the trio took time out of performing to speak to the crowd, otherwise it was between songs, keeping it short and sweet.

Shelter and VCR were the big tunes of the night, nontheless closing on Intro and Angels was perfection. If you’re going to see The xx on Wednesday, you’re in for an awesome night.

For those of you who haven’t had the chance to catch these guys yet – get planning because they’re insane live.