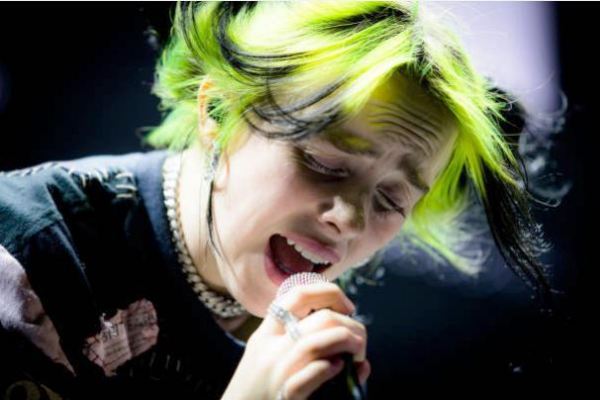 Billie Eilish will perform the song for the new James Bond Film.

The 18-year-old US singer has become the youngest artist to ever write and record a theme song for a 007 movie.

Billie Eilish and her brother Finneas O’Connell have written the No Time To Die title song.

No Time To Die will be released on April 2nd.

Eilish said: “It feels crazy to be a part of this in every way.

“To be able to score the theme song to a film that is part of such a legendary series is a huge honour.

“James Bond is the coolest film franchise ever to exist. I’m still in shock.”

Hours before, the Los Angeles-born star posted eight pictures of Bond girls, from Halle Berry to Lea Seydoux, on her Instagram stories, prompting speculation she would be performing the track for No Time To Die.

The last two Bond themes, Adele’s Skyfall and Sam Smith’s Writing’s On The Wall (from Spectre), have both won an Oscar.

The #NoTimeToDie title song will be performed by @billieeilish. Billie has written the song with her brother @finneas and is the youngest artist in history to write and record a James Bond theme song. pic.twitter.com/Qd5cYIRlmg

All You Need To Know About Lisdoonvarna Matchmaking Festival 2018