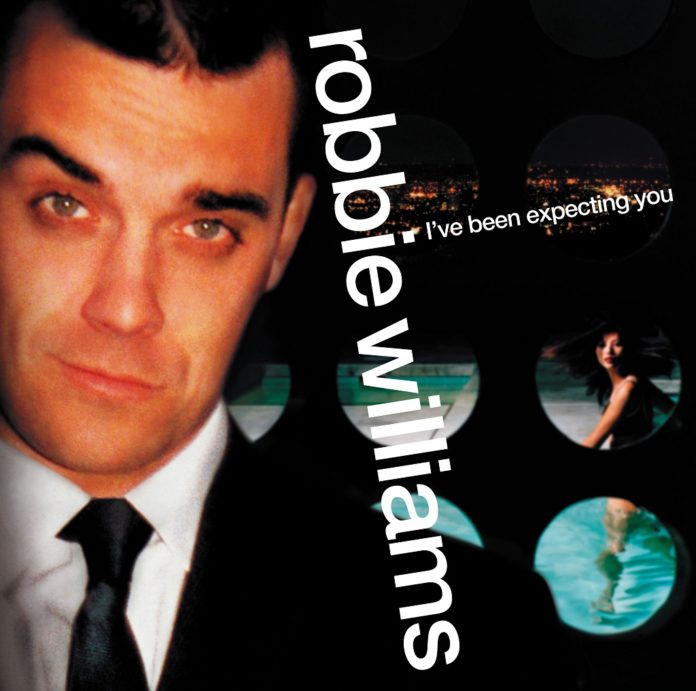 Originally released in October 1997, ‘Life Thru A Lens’ was Robbie’s debut solo album.

It entered the UK chart at number 11 but had to wait almost six months before it reached number one.

It eventually spent 147 weeks on the Top 100 and has been certified 8x Platinum by the BPI for UK sales in excess of 2 million copies.

Now certified 10 x Platinum by the BPI, with UK sales in excess of 2.5 million, ‘I’ve Been Expecting You’ was originally released in October 1998 when it entered the chart at number 1.

It returned to the summit the following January and once again a month later. It includes the hit singles ‘Millennium’ (No. 1), ‘No Regrets’ (No. 4), ‘Strong’ (No. 4) and ‘She’s The One’ (No. 1). ‘No Regrets’ features backing vocals from Pet Shop Boys’ Neil Tennant and The Divine

Comedy’s Neil Hannon, while album track ‘Win Some Lose Some’ includes the ‘Telephone Voice’ of All Saints’ Nicole Appleton.

Life Thru A Lens

‘I’ve Been Expecting You’