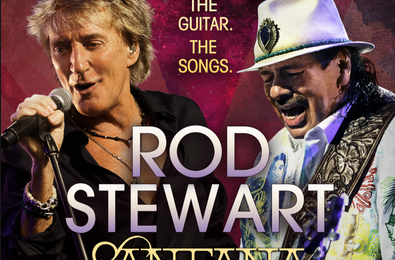 Music veterans Rod Stewart and Santana are set to embark on a North American tour that is due to begin on May 23rd in New York.

The tour is set to visit eighteen venues across America and Canada. The first of the concerts will be held in Albany, New York at the Times Union Centre and will finish in Jones Beach Wantagh, New York on the 2oth of August.

Another Day Another Cover of Toto’s Africa!