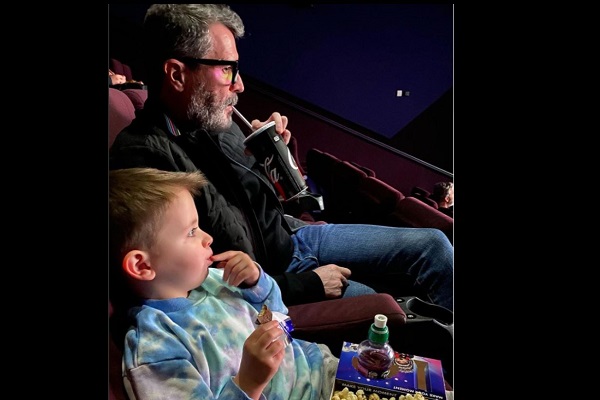 Roy Keane revealed that he took his grandson to the cinema, where he jokingly revealed he argued to see kids film Sing 2.

Taking to Instagram, Keane had joked that he and his grandson had been arguing over whether to watch the animated film or horror film Scream.

The former Man United captain Keane claimed that he got his way and they watched Sing 2.

“After arguing with him about whether to watch Scream or Sing 2. I finally won. Sing 2 was brilliant”, he wrote.

This comes after Keane had recently turned down an offer to return to Sunderland as their new manager. Keane had previously led the club to Premier League promotion back in 2007.

Speaking on this job offer, Roy Keane revealed that it simply was not right for him.

“I’ve not had the opportunity the last few years. There has not been a club where I think, ‘I’m the right fit for that club”.

Keane also stated that he is more than happy to continue his punditry work with Sky Sports until the right job offer presents itself.

“If I don’t get another chance, it’s no big deal”, he insisted. “You need a bit of luck. The right club has to give you the call. That hasn’t happened. It’s no big deal”.

Along with his work with guide dogs, Keane has also worked for this charity, having been seen at the opening of a new wellness centre yesterday.

Last May, Keane also became the fourth player to be inducted into the Premier League’s Hall of Fame.

Alcohol Factor Frequently To The Fore in Festive Fatalities