Home Music Rumours Spread Over The Future Of U2 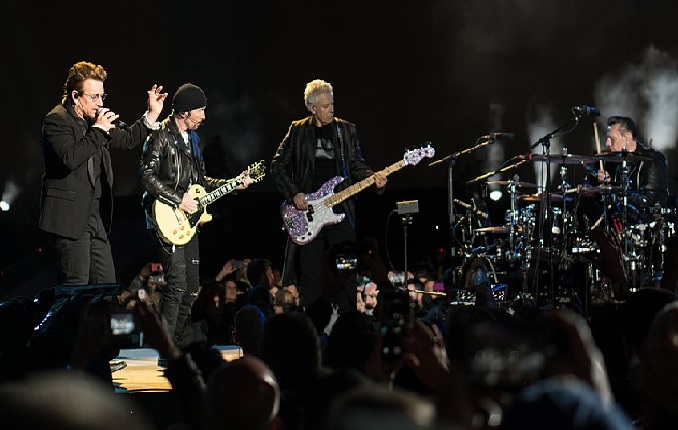 Addressing the crowd at the final show of the band’s ‘Experience + Innocence’ tour in Berlin last night, November 13th. Frontman Bono made reference to what could possibly be the last days of U2.

“We’ve been on the road for quite some time, just going on 40 years, and this last 4 years have been really something very special for us. We’re going away now…”.

Bono: “we’ve been on the road for quite some time, just going on 40 years, and this last 4 years have been really something very special for us. We’re going away now…” #U2eiTour

Rumours have started spreading online that this could be the last major tour by Irish stadium-rockers. U2gigs account attempted to allay the fears of the panicking fans, adding,

“Every tour I’ve covered, right back to Vertigo, every final gig is the same: mass panic that this is the last gig… Ten bucks says I’ll be covering another gig with you folks sometime down the track.”

However the fan account concluded that “this is the first time the mass panic has at least seemed plausible,”

I will concede that this is the first time the mass panic has at least seemed plausible. But there’ll be *something* for Boy at 40 or AB at 30, or a new record. U2 won’t sit still and they won’t break up, and they’ve got enough years ahead of them yet to fit in more gigs!

Meanwhile, U2 performed ‘Dirty Day’ for its first time live in 25 years. Bono spoke to the crowd about the groups’ relationships with their fathers growing up in Dublin. “U2 was our way of getting out of their shadow. Our way of telling our fathers, ‘I’m not like you.’”