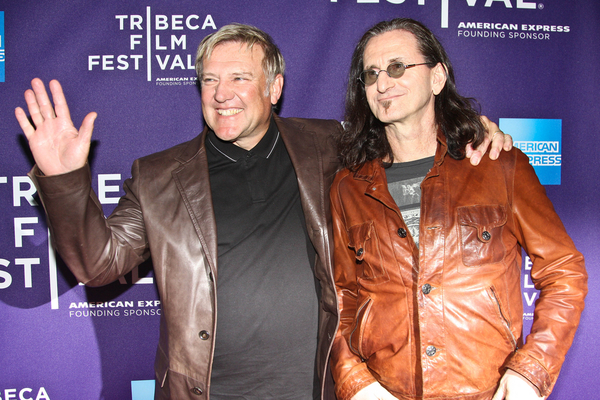 Following the 2020 passing of legendary Rush drummer, Neil Peart, the Toronto rock band disembarked and went their separate ways. Understandably so, as it is so hard for fans to move on with a band missing an integral part to its identity, let alone for the remaining members.

Releasing their last album, Clockwork Angels in 2012, Alex Lifeson has shared his thoughts on continuing as himself and Geddy Lee. In an interview with Guitar World, the Rush guitarist revealed he is not against creating new music, by any stretch of the means.

However, Lifeson has also revealed that there are currently no concrete plans in place for the pair to do so. He explains, “We’re not putting any pressure on it or anything. We had a lot of good years together and we still love each other very much. I talk to Geddy every other day – we’re best friends. There’s more to our life together than just writing music. So, if it happens, it happens. And it’ll happen when it happens.”

If Lee and Lifeson do decide to give Rush a new lease of life, millions of fans would be absolutely delighted. Fans went wild when the Canadian rockers became the latest band to be immortalised in a pinball machine.

Meanwhile, the Rush guitarist has also spoken on his new band, Envy of None, which comprises of Coney Hatch founder, bassist Andy Curran, producer and engineer Alfio Annibalini, and singer-songwriter Maiah Wynne. Speaking of the project, Lifeson revealed, “there’s lots of straight-ahead guitar, but there’s also mandola and lots of manipulated, sequenced things. And I’ve really become an aficionado of backwards guitar as well. So, there’s everything from acoustic fingerstyle stuff to really heavy stuff, trippy kind of backwards things to Hendrix-y melodic parts. I’m really quite pleased with it. We have 10 songs and they’re all sounding really, really cool.”

A Global Debate Sparks Over The Correct Way Of Saying Blink-182’s...

UB40 Frontman Duncan Campbell Retires From The Band After Seizure