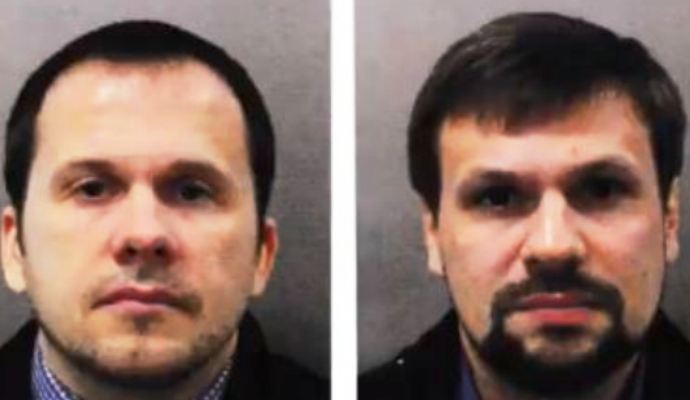 Police in Britain say there’s enough evidence to charge Alexander Petrov and Ruslan Boshirov but that they could be difficult to find.

It says they’re part of a group known as the GRU and that their actions were sanctioned by the state. British police are now hunting the two men suspected of carrying out the attack.

They’ve released CCTV footage as well as photos of the pair and of the perfume bottle believed to have been containing Novichok.

The British Prime Minister says the two men believed to be responsible for the Salisbury nerve agent attack are Russian military intelligence officers.

But it’s believed the pair were travelling under aliases and they might not even be their real names. Theresa May says the British intelligence agency has also established who was ultimately responsible for the attack.

Sue Hemming of the CPS said:

“Prosecutors from CPS Counter Terrorism Division have considered the evidence and have concluded there is sufficient evidence to provide a realistic prospect of conviction and it is clearly in the public interest to charge Alexander Petrov and Ruslan Boshirov.”

Major Disruption To Rail And DART Services This Morning