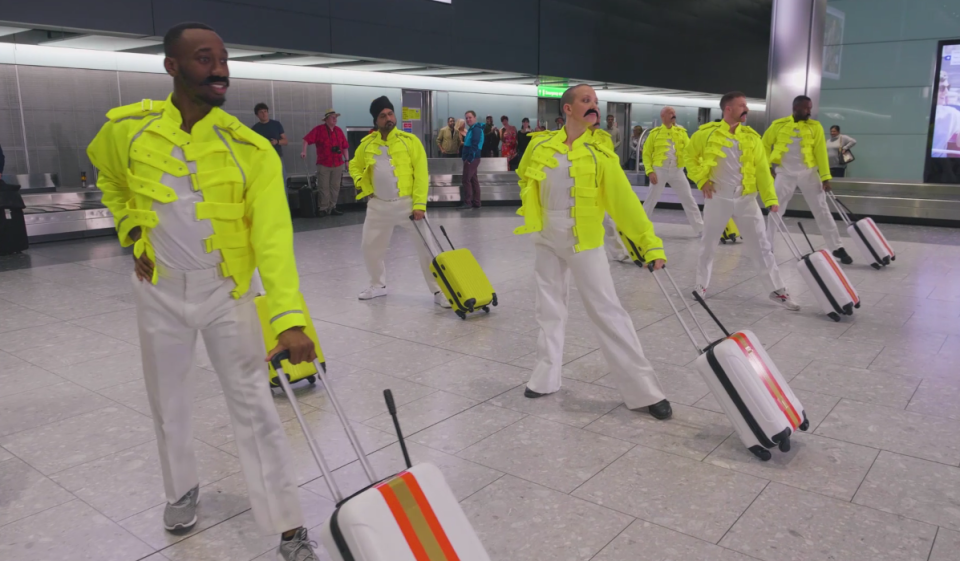 To celebrate the spectacular Freddie Mercury on what would have been his 72nd birthday, Heathrow airport Baggage Handler’s formed a collective to perform Queen’s classic track, ‘I Want To Break Free’.

Prior to joining queen in 1970, the legendary artist worked as a baggage handler at Heathrow airport. In order to replicate Mercury’s iconic look, the airport team were seen wearing fake moustaches and their own version of Mercury’s famous hi-vis yellow jacket. The team also worked closely with a choreographer from ‘Strictly Come Dancing’ in order to perfect their routine. The clip depicts the baggage team breaking out in dance at Heathrow’s Terminal 5 to the complete surprise of the travelling public.

To commemorate one of the most influential artists of all time, Heathrow airport will be selling Queen’s memorabilia in the departure lounge, and granting passengers with the name Freddie, Fredrick or Farrokh the chance to experience the luxurious BA First lounge.

The performance proves to be particularly fitting with the much anticipated bio-pic, ‘Bohemian Rhapsody’, scheduled to be released next month. Queen are currently working with vocalist, Adam Lambert, and are continuing to sell out shows worldwide with their legendary hits. Queen’s guitarist, Brian May, has stated that Mercury would have been in awe of Lambert’s vocal prowess.

More Bruce – In A Book