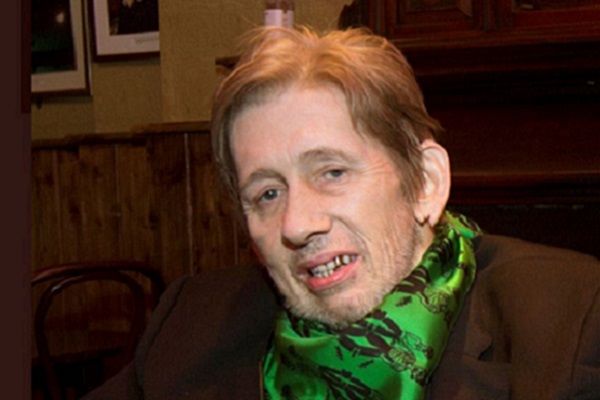 Shane MacGowan has confirmed the upcoming release of his first ever art book The Eternal Buzz And The Crock of Gold.

This art folio book will arrive in April 2022. Limited to 1000 copies, you can pre order it here.

Photographs featuring in the book will show snaps of McGowan and the rest of the Pogues. It will also show pictures of McGowan on nights out with well known figures, including Daniel Day Lewis, Pete Doherty, Bob Dylan, Brian Adams, Nick Cave and Kate Moss.

The Book is “a labour of love” – MacGowan

Described as a “labour of love” by Shane MacGowan, the former Pogues frontman released this statement on the book.

“I was always into drawing and painting, and I used to do all sorts of things, hurlers, IRA men, teenage punks hanging around in cafes, you name it….”, he said.

MacGowan continued, “When I was about 11 or 12 I got heavily into studying history of art and looking at old paintings and modern paintings, I knew a lot about art. It’s one of the only O Levels I got, was in art”.

“Red Roses For Me”

He also added, “I did the album cover for The Pope’s album ‘Crock of Gold’ and  I designed the Pogues first album cover, ‘Red Roses For Me’. And I more or less designed the second album ‘If I Should Fall From Grace With God’”.

“In terms of my materials, I like pastels but I don’t really think about it. I’ll paint or draw on anything, with anything. I like more or less everyone from Fra Angelico and Giotto to the latest, like Caravaggio was the last of the Renaissance, before it went into Expressionism”.

MacGowan also stated that he “loves Cezanne, Gauguin, Monet, Manet. I love the Irish impressionists, Lavery, Jack B Yeats, Brendan Fitzpatrick. The 20th century impressionists who painted the period of Ireland fighting for its freedom.  I like Max Ernst, the surrealists, Dali, Chagall… God there’s millions of them”.

It would be nearly a criminal offence to write a piece on Shane MacGowan at Christmas without mentioning the iconic festive hit “Fairytale of New York”.

Well, rewind 12 months and we brought you the news of a cover of that track released by Jon Bon Jovi. It is also fair to say that it drew its fair share of criticism. Check that out and more here.

MacGowan also jumped to the defence of the legendary rocker.

In more recent times, Shane MacGowan also announced the released of new merchandise following the success of his film “Crock of Gold”.

Fleetwood Mac Have Announced A Show At The Rds Arena!!

ATN Is Bringing You Arcadia And The Afterburner