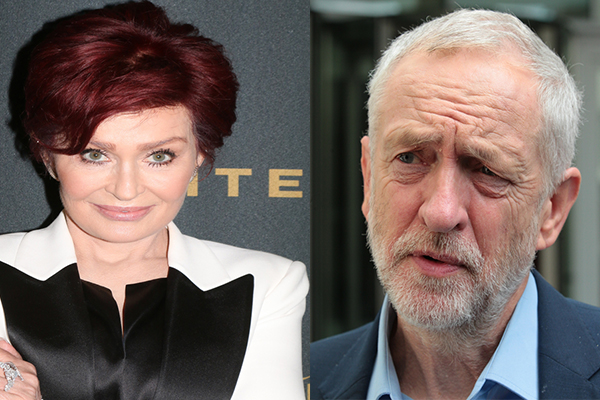 Sharon Osbourne has lashed out against Labour leader Jeremy Corbyn, in a full-on tirade saying she wants to “physically hurt him”.

According to the NME, Mrs Osbourne is of Ashkenazi Jewish heritage, which seems to be the cause of her vitriol towards Mr Corbyn.

The labour leader has found himself embroiled in a scandal regarding the reported rise of anti-Semitism in his party. Sharon didn’t hold back in her views on the politician:

Sharon continued: “Oh my God, he is revolting, so ugly, inside and out. This ugliness oozes from him, he’s repulsive.” Mr Corbyn has always denied he is anti-Semitic.

According to the BBC, Anti-Semitism was not a big problem in the Labour Party before Jeremy Corbyn’s election as leader in September 2015, signalling a change in political direction for the party.

There was an influx of new members, many of whom are critics of Israel and who believe the UK and the US, should be tougher towards Israel, especially when it comes towards its policies on the Palestinians and its building of settlements in the occupied territories.