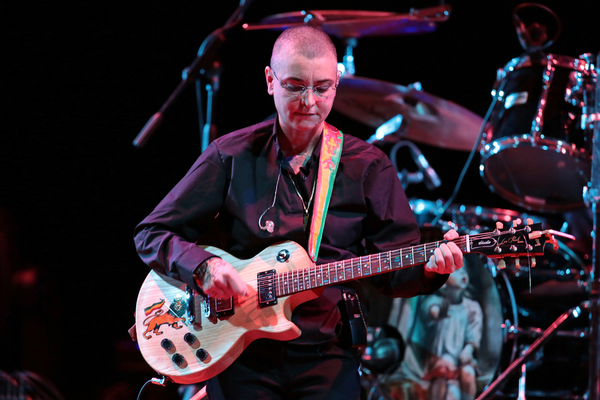 The documentary of Irish singer Sinead O’Connor is to get a world premiere at the Sundance Film Festival next year.

The documentary titled Nothing Compares from Irish filmmaker Kathryn Ferguson will explore O’Connor’s career from 1987 to 1993. It will also feature era-defining music videos, along with previously unseen footage from this period.

Sinead O’Connor will also reflect on her career in her own words in this feature from a present day perspective.

It will explore the incredible rise to the top of singer Sinead O’Connor and how she used her own voice at the height of her fame.

Nothing Compares will feature at the Sundance Festival which runs from January 21-28. O’Connor’s film getting its premiere on 21 January.

The film on O’Connor will premiere in Park City, Utah with repeat Utah screenings and online in the US.

This is also part of the festival’s World Cinema Documentary Competition. It is one of ten documentaries selected for competition worldwide.

“As an Irish woman, Sinéad’s story and incredible music have been a huge inspiration to me, and I can’t wait to share the film with audiences in Utah and beyond.” -director Kathryn Fergusonhttps://t.co/kxY63Bs0tN

Sinead O’Connor “a huge inspiration to me”

On the documentary, filmmaker Kathryn Ferguson explained how O’Connor impacted her.

“As a small team of independent filmmakers we are beyond thrilled to have our film invited to premiere at this year’s Sundance Film Festival”.

She added, “As an Irish woman, Sinéad’s (O’Connor) story and incredible music have been a huge inspiration to me, and I can’t wait to share the film with audiences in Utah and beyond”.

Project Manager for Film at Fís Éireann/Screen Ireland Lesley McKimm also added this. “Our huge congratulations to director Kathryn Ferguson and the creative team behind Nothing Compares on the film’s Official Selection to the 2022 Sundance Film Festival”.

McKimm also added, “Sundance is renowned for its recognition of new filmmaking voices and its competitive selection process. It also continues to be one of the most outstanding platforms for independent documentary to be discovered around the world. It’s fantastic to be one of only ten international documentaries selected from around the globe”.

For the second time in 2021, Sinead O’Connor had also announced her retirement from music. You can also check out more on this here.

O’Connor had also previously explained why she still gets emotional over her iconic cover “Nothing Compares 2 U”. More on that here.