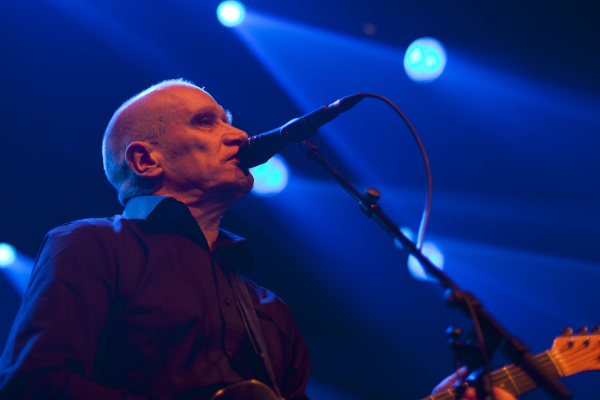 Popular singer/songwriter Wilko Johnson, known for his work with the band Dr Feelgood, has died aged 75.

Johnson served as lead guitarist with Dr Feelgood from their formation in 1971, until his departure in 1977, a period which saw the band land their first number one album with their live LP ‘Stupidity’ in 1976.

Having played with the Blockheads for a brief spell in 1980, Wilko Johnson released a number of albums with the Wilko Johnson Band, with his final album ‘Blow Your Mind’ arriving in 2018.

He continued to perform right up until his death, appearing as recently as last month at London’s Sheperd’s Bush Empire, as part of Planet Rock’s Rocktober event.

Johnson was diagnosed with pancreatic cancer in 2013, with his manager releasing a statement at the time, announcing that he did not want to undergo treatment or chemotherapy.

“This is the announcement we never wanted to make, & we do so with a very heavy heart: Wilko Johnson has died”, the post read.

“He passed away at home on Monday 21st November. Thank you forrespecting the family’s privacy at this very sad time. RIP Wilko Johnson”.

This is the announcement we never wanted to make, & we do so with a very heavy heart: Wilko Johnson has died. He passed away at home on Monday 21st November. Thank you for respecting the family's privacy at this very sad time. RIP Wilko Johnson.
(Image: Leif Laaksonen) pic.twitter.com/1cRqyi9b9X

Tributes have since been paid to Wilko Johnson.

“Very sad to hear Wilko Johnson has died. His unique, wired playing style and stage presence thrilled and inspired many guitarists, myself included”, he wrote.

“When I interviewed him a few years ago, he was bright, thoughtful and an astonishing story teller, carving legend from life. His presence on this planet will be felt for many more years”.

“Rest in Power Mr Wilko Johnson – you fought the good fight, and had a damn good run”, he said. “When they said it was over, you came back stronger”.

I’m sad to hear today of the passing of Wilko Johnson, the Dr Feelgood guitarist and singer/songwriter.

I saw Wilko perform at Koko in Camden in May 2013 and the atmosphere was electric. This show was originally billed as his farewell tour pic.twitter.com/M1sQIEe4mm

Ahh- one of my all time tele heroes.. farewell, Wilko… pic.twitter.com/8NKcrvH7Y4