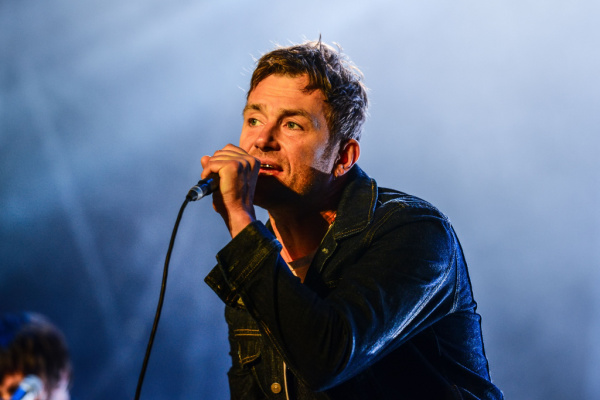 Blur have confirmed that their one and only Irish headline show will take place at Dublin’s Malahide Castle next June.

Tickets for the show will go on sale from Friday (25 November) at 9am via Ticketmaster at €79.65 each, and the shows will see Damon Albarn, Graham Coxon, Dave Rownthree and Alex James return on stage in Dublin.

Speaking following this annoucement, Blur’s Graham Coxon said he was excited to be playing with his “Blur brothers”.

“I’m really looking forward to playing with my blur brothers again and revisiting all those great songs… blur live shows are always amazing for me. A nice guitar and an amp turned right up and loads of smiling faces…”, he said.

Blur frontman Damon Albarn also added,  “We really love playing these songs and thought it’s about time we did it again”.

“There’s always something really special when the four of us get in a room. It’s nice to think that on 24th June that room will be in Dublin’s Malahide Castle”, Alex James remarked.

Dave Rowntree explained how he was looking forward to return to the performing stage, following a chaotic few years

“After the chaos of the last few years, it’s great to get back out to play some songs together on a summer’s day in Dublin. Hope to see you there”, he said.

This Malahide announcement comes after the band had earlier announced two shows from London’s Wembley Stadium over that Summer.

Due to high demand, the band have also announced a second date at the famous venue for July 9.

Due to phenomenal demand, Blur will play a second date at Wembley Stadium on Sunday 9 July 2023

Earlier this year, Blur founding member Graham Coxon had announced that his upcoming autobiography was on the horizon. More on this here.