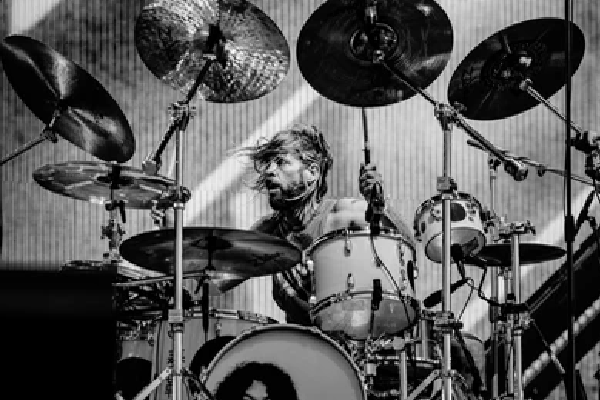 New artists have been added to the line ups for the forthcoming tribute shows, in honour of the late Foo Fighters drummer, Taylor Hawkins.

Hawkins tragically died back in March aged 50. He was found dead in Bogóta, Columbia. Foo Fighters were touring the continent at the time.

Regarding the London show, the entire event will be streamed live and on demand across Paramount’s digital and streaming platforms.

Line Up For Hawkins Shows Confirmed

The line ups for these two shows were also confirmed.

For the show in London, Liam Gallagher will take to the stage. The show will also feature Josh Homme, Mark Ronson, Wolfgang Van Halen, Chrissie Hynde, alongside Queen’s Roger Taylor and Brian May.

As for the LA show, Miley Cyrus and Alanis Morrisette will perform at the show. Nirvana’s Krist Novoselic, Red Hot Chili Peppers, Queen will also take to the stage. Nandi Bushell, John Paul Jones, and Pink will also feature.

Since then, the list for both shows has been expanded. Lars Ulrich, Travis Barker, Brian Johnson have been added to the line up for the London show. Taylor Hawkins’ bandmate Dave Grohl’s daughter Violet will also feature.

“As one of the most respected and beloved figures in modern music, Taylor’s monolithic talent and magnetic personality endeared him to millions of fans, peers, friends and fellow musical legends the world over. Millions mourned his untimely passing on March 25, with passionate and sincere tributes coming from fans as well as musicians Taylor idolised”, a statement read.

“The Taylor Hawkins Tribute Concerts will unite several of those artists, the Hawkins family and of course his Foo Fighters brothers in celebration of Taylor’s memory and his legacy as a global rock icon—his bandmates and his inspirations playing the songs that he fell in love with, and the ones he brought to life”.

Back in June, Hawkins’ wife Alison thanked the fans for their support following her husband’s death.

The Cure Confirm That A New Album Is On The Way!