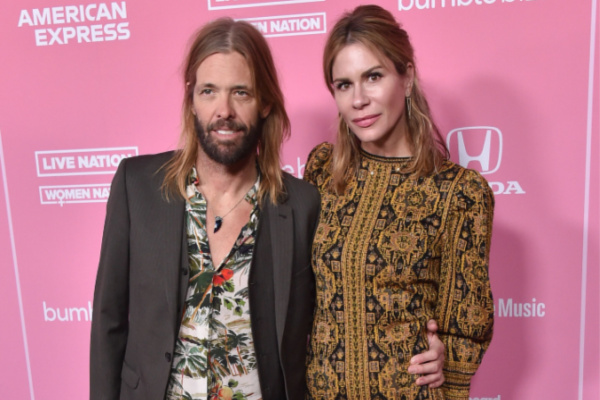 Speaking publicly for the first time since her husband’s tragic death, Alison Hawkins has thanked fans for their support during this difficult time.

It has since confirmed that Hawkins’ band Foo Fighters will join forces with his family to perform some tribute concerts to celebrate his life. More on this report here.

The drummer’s death sent shockwaves throughout the music industry, along with an outpouring of grief and tributes. See here.

An investigation into his death is currently ongoing.

Along with confirming this news, Alison Hawkins also thanked her husband’s fans “far and wide” for their “outpouring of love”.

She tweeted, “My deepest thanks and admiration go out to the global Foo Fighters community and Taylor’s fans far and wide for the outpouring of love each and every one of you have shown our beloved Taylor”.

“Your kindness has been an invaluable comfort my family and me during this time of unimaginable grief”.

Alison also stated that Foo Fighters’ fans have played such an integral part in his life.

“As Taylor’s wife, and on behalf of our children, I want to share how much you meant to him and how dedicated he was to ‘knocking your socks off’ during every performance”, Mrs Hawkins wrote.

“Taylor was honored to be a part of the Foo Fighters and valued his dream role in the band every minute of his 25 years with them. We considered every band member and the extended Foo Fighters team our family”.

“Taylor’s endearing spirit and deep love of music will live on forever through the collaborations he so enjoyed having with other musicians and the catalog of songs he contributed to and created”.

“In celebration of his life, it is now up to all of us who loved him most to honor Taylor’s legacy and the music he gave us”.

“Thank you all again for your love and sympathy. Taylor loved all of you & we love you too”.

A Message from The Hawkins Family pic.twitter.com/mOOI9PXtJD

The Classic Album at Midnight – Manic Street Preachers’ Everything Must...