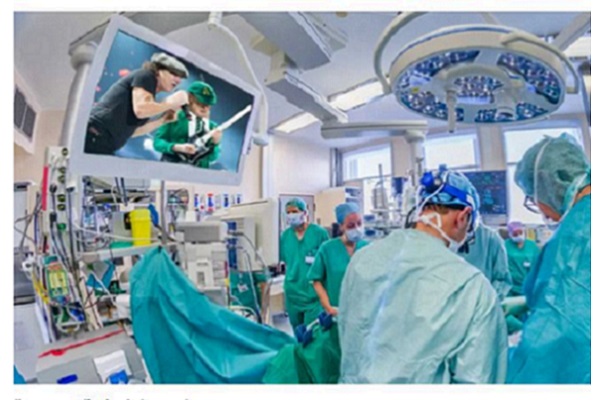 An academic study has revealed that a surgeon’s speed and accuracy could be improved if they listen to AC/DC at a high volume while operating.

This study was carried out by a group of researchers at Heidelberg University in Germany. It was also published under the title, “Effect of Genre and amplitude of music during laparoscopic surgery”.

They wanted to investigate the impact of listening to music in the operating theatre.

The experiment was to find out if choosing the right soundtrack to accompany surgical work had a positive effect on how surgeons performed in the theatre.

Music from the bands AC/DC and the Beatles was chosen for this experiment.

This procedure also involved narrow tubes which were placed into the abdomen. Narrow instruements were then inserted to carry out remedial or exploratory surgery.

Surgeons Listening To AC/DC Led To A “faster performing precision”

Publishing their findings, researchers explained that surgeons performed better when listening to the band AC/DC while operating.

To summarise, surgeons who worked while listening to AC/DC in the background were faster and more precise.

While accuracy improved by 5%, the time taken to complete procedures also dropped by 41%.

The performance of surgeons who listened to the Beatles still improved, however this improvement only happened when the music was played at a low volume.

Does this mean that you will request some AC/DC to be played in the background if you go under the knife?

Perhaps you may ask for the Night Of The Long Knives to be played?