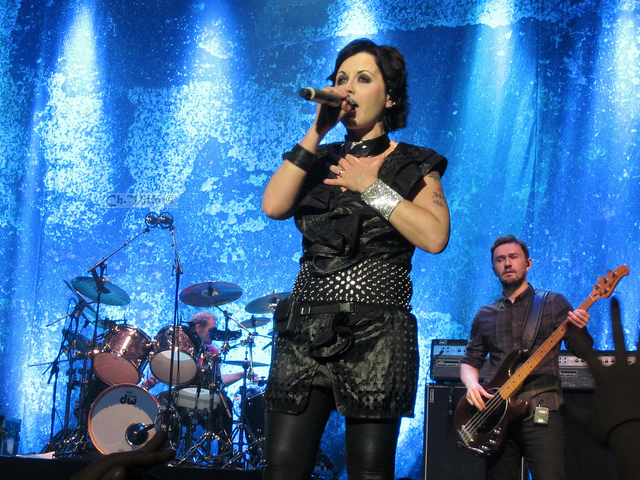 Members of The Smiths and The Cranberries have recently teamed up to form a new supergroup. Smiths bassist Andy Rourke and Cranberries singer Dolores O’Riordan have joined forces to form D.A.R.K.

They will release their debut album Science Agrees later this year on May 27th, with their new single ‘Curvy’ streaming online right now.

Cranberries singer Dolores O’Riordan recently made headlines after assaulting an air hostess and police officers whilst on a flight from New York to Ireland in November 2014. She avoided jail time after pleading guilty.

Her last album with The Cranberries was Roses which came out in 2012. It was the band’s first studio release in ten years. It was originally planned to be released in early 2004 for the follow-up to Wake Up and Smell the Coffee but they were scrapped after the band decided to go their separate ways. After a six-year hiatus, The Cranberries announced their intention to record a new album during their 2009–2010 reunion tour.

You can listen to the new track from D.A.R.K which features The Smiths bassist Andy Rourke and Cranberries singer Dolores O’Riordan down below.