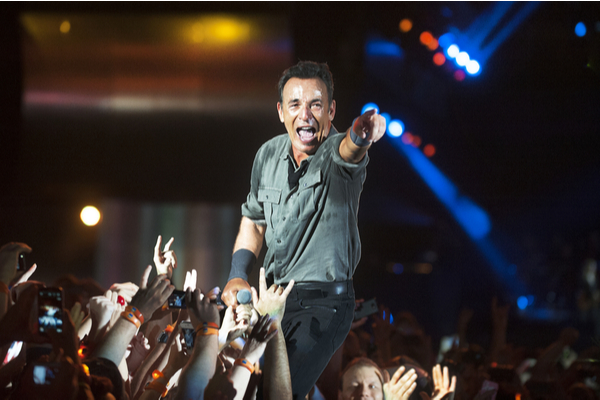 Legendary American rocker, Bruce Springsteen will stand to make a massive windfall by selling his recorded music and publishing catalogues. With Sony reportedly in negotiations for the sale of his album catalogue, it remains unclear whether the company will also purchase his publishing rights.

Although the figures may seem a tad excessive, it merely reflects on the astronomical rise of one of the most popular in rock history. According to the RIAA, Springsteen has sold more than 65 million albums in the US alone, including the 15-times platinum Born in the USA, the six-times platinum Born to Run, and the five-times platinum, The River.

Despite his monumental success, the veteran rocker is not residing on his past glories and has recently coming out with new music. In recent years, Springsteen has released 2019’s Western Stars, and 2020’s Letter to You, adding to his various other releases. Both debuted at No. 2 on the Billboard 200 chart, helping the rocker to accumulate 2.25 million album-equivalent sale units. More recently, The Boss collaborated on a new song with John Mellencamp, titled Wasted Days. The song has been written and produced by Mellencamp, with the veteran rocker lending his vocals and sweet guitar playing.

Penning this deal with Sony would make Springsteen the latest pioneer of rock to sell their back-catalogue for a hefty sum. Back in January, Harvest Moon artist, Neil Young sold 50% of his catalogue to Hipgnosis Songs Fund for an estimate €122m. However, that figure dwarfs in comparison to the sale of Bob Dylan’s publishing rights to Universal Music Publishing Group, which will likely exceeded $400 million.

I Am The Lizard King.. I Can Do Anything.