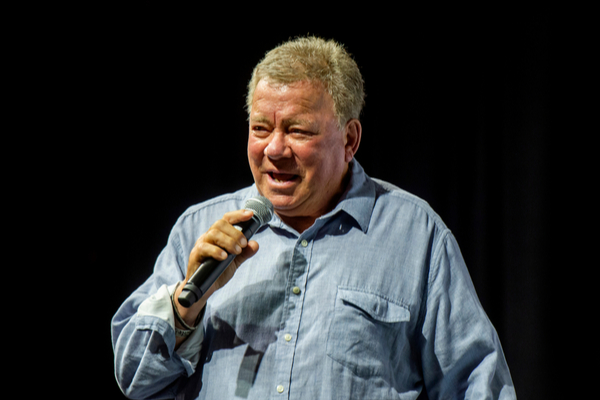 Star Trek actor William Shatner will lift off with Jeff Bezo’s Blue Origin Crew into space on October 12.  Aged 90, Shatner is set to become the oldest person ever to go into space.

“I’m gonna be a rocket man”

Taking to Twitter to share this exciting news, Shatner wrote, “I’ve heard about space for a long time now. I’m taking the opportunity to see it for myself. What a miracle”.

A statement was also released on Monday on this news.

They also added, “They will join crewmates Chris Boshuizen and Glen de Vries for the flight which lifts off from Launch Site One on October 12”.

This voyage is also to be filmed for a documentary.

Jeff Bezos’ crew had previously taken their first flight to space back in July. This reached an altitude of 66.5 miles. They also experienced zero gravity for a few minutes, before they returned back down to earth.

“Just in case; the suit does fit”

William Shatner had previously spoken about his dreams to go into space. The actor who also starred in Boston Legal shared a photoshopped image of him in a spacesuit last year.

Shatner shared this image of NASA asking if he could even join the SpaceX Crew Dragon Demo-2’s commercial spaceflight to the International Space Station.

“Just in case; the suit does fit!”, the actor also jokingly wrote alongside the image.

The actor had even hinted that a trip to space was possible earlier this year.

Speaking to a comic-con panel discussion, Shatner said, “There’s a possibility that I’m going to go up for a brief moment and come back down”.

Shatner’s trip to the space station will be broadcasted live on BlueOrg.com. at T- 90 minutes.

Lift off is scheduled to take place at 8-30 pm CDT/2-30 GMT from Launch Site One in West Texas.

Speaking of space rock band, Kings of Leon also confirmed that they were to send an NFT into space. Find out more on that story here.