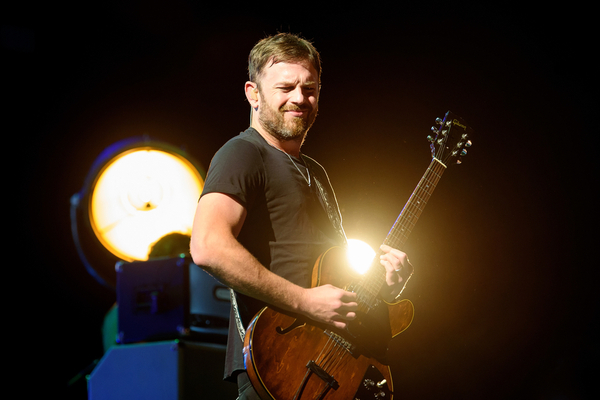 Kings Of Leon are to embark on an “historic” milestone as they are to become the first band to send an NFT into space.

They became the first band to release an entire album as a Non Fungible Token. The NFT is a form of cryptocurrency. Each of these tokens also contains artwork, tickets, music and other form of content. The album was called “When You See Yourself”.

Now the band have expanded on that project. It has now been reported that they have joined forces with the Elon Musk-founded SpaceX who are set to send up the all civilian Inspiration4 crew to space on September 15.

Lasting for three days, this orbit will also mark the first human spaceflight with exclusively civilians on board.

NFT For “Time In Disguise”

This NFT will be a live recording of the band’s track “Time In Disguise”. See below.

It will be sent to space on September 15. The track will be sent via iPhone and will be given to astronaut Hayley Arceneaux. She will play the song in orbit.

The track is also up for auction, with proceeds going towards St Jude’s Children Research Hospital. Bidding for the NFT begins at $50,000. The winner will be able to get their hands both the NFT and the iPhone used to send the track into space.

“It means so much to us to be a part of this historic moment”, Kings of Leon told PEOPLE.

“When we wrote and recorded ‘Time in Disguise’ in the studio, we always thought it had a spacy feel to it and then the visuals from our live show have that vibe, as well”.

They also added, “To now have that song and those images be a part of something as historic as this is really cool, and having it raise money for a cause we’ve always cared so much about, makes it even better”.

Last month, Kings of Leon had confirmed that guitarist Mathew Followill will be taking some time away from the band, following the birth of his daughter.

Mathew’s cousin and bassist Jared Followill also spoke back in March about the band’s fondness for Ireland and U2. Check that out here.