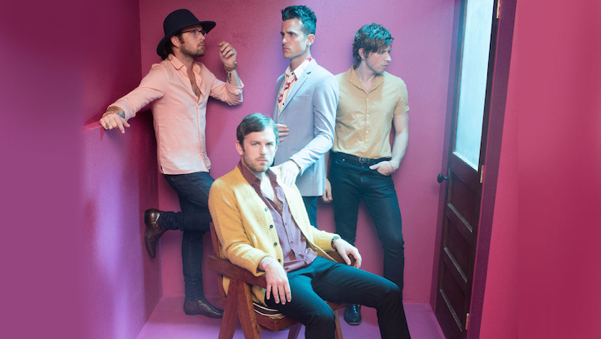 Kings Of Leon’s bassist, Jared Followill spoke about the band’s childhood love of Thin Lizzy and how much the band adore playing in Ireland.

In May 2011, the band hit the stage in Slane for a gig described by Followill as “our favourite gig of all time”.

Jared also added,“We were all backstage trying not to be terrified. The size of the crowd was just unbelievable and it’s a lot of pressure, you wanna put on a good show”.

“I remember everything about that day. It felt really special and the crowd was really wonderful, so forgiving and awesome, we felt like we could do no wrong, which is the best kind of crowd”.

The bassist always felt a sense of belonging whenever the band arrived on Irish shores.

“There was always something that drew us to Ireland and we always feel special there. We all do our ancestry DNA and we have a lot of Irish in us. Lots of our people are from your neck of the woods, tonnes of Irish, lots of Scottish or English. I feel right at home in Ireland”.

“The theme of our youth”

“Even before we knew it. We used to spend a lot of time together with our cousins and our dad had us all connected on Thin Lizzy. They’re a pretty well-known, but not a massive band, in America so to find them and connect with them was the theme of our youth”, Jared remarked.

He continued, “I just remember hearing Whiskey in the Jar and Cowboy Song when I was super-young so Thin Lizzy was a huge early influence and then we went on the road with U2 when we were still a young band and they taught us so much about songs and touring and how to do things, how to stay sane”.

This all comes after Kings Of Leon released their new album “When You See Yourself” earlier this year.

The band also performed their tracks “The Bandit” and “Stormy Weather” from that new album on the Steve Colbert show earlier this month.