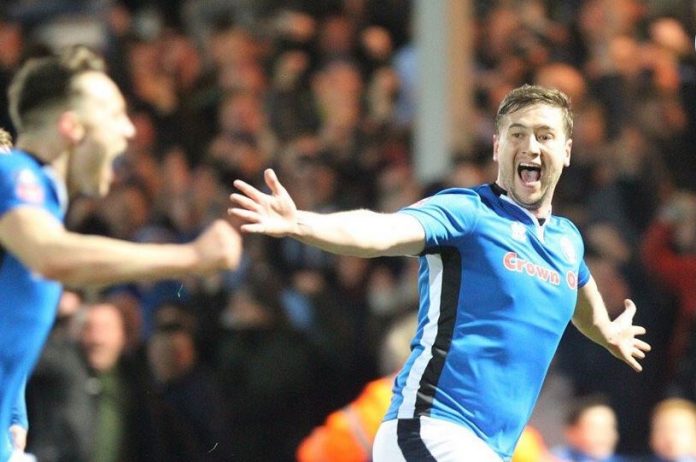 A 92nd minute equaliser from Steve Davies has secured Rochdale a dramatic draw at home to Tottenham in the 5th round of the FA Cup.

Spurs looked like they had sealed a last eight spot after a Harry Kane penalty in the 88th minute put them ahead but Davies’ late strike meant the fifth round match finished 2-2.

Earlier new signing Lucas Moura had cancelled out a shock Rochdale opener just before the break. The result means Rochdale can look forward to a lucrative replay at Wembley.

Either Sheffield Wednesday or Swansea City await in the quarter-finals.

Boss Keith Hill says his side more than deserve their trip to Spurs’ temporary home of Wembley:

“I thought the players were magnificent in the response to that both goals – for us to get that late equaliser…wow that was raw emotion – not just from me but from the group of players, from the staff and from the supporters as well.”