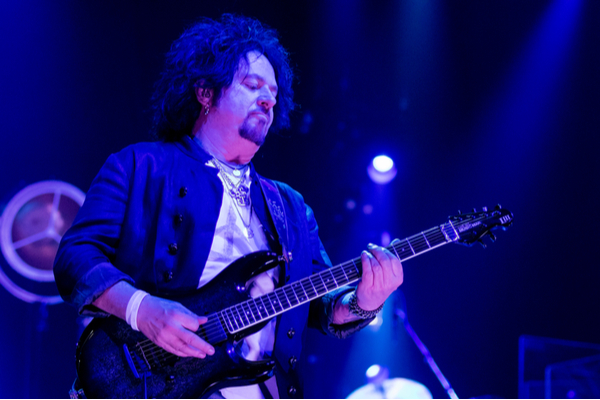 Steve Lukather, Toto’s founder and guitarist has said that the band will not be releasing any more studio albums.

Speaking to Misplaced Straws, promoting the Toto’s live album “With A Little Help From My Friends”, Lukather revealed that the band’s newly appointed 15th line up will not be recording a new studio album.

“There’s not going to be another Toto record”, he said. “What we do is continue doing what we do. Joe and I can make records that have some of the cats on it. We can go out and play as Toto. We get the audience, we pay off the people that sued us and we go forward”.

“Taken a lot of punches over the years”

“I’m going to dig in”, Lukather continued. “I don’t roll over easily. I’ve taken a lot of punches over the last 45 plus years. Whatever the hell it is, it’s a long time. I can take a punch and I’ve taken a whole lot of them on falsities, but that’s OK. It’s behind me now. I let it all go”.

He also added, “peace and love to everybody I don’t carry around any hate. I’m like, ‘OK, life changes. I’m sorry”.

“It broke my heart too”, he added. “It’s like getting over a divorce, you got to get back on the horse again and do it. That’s what we plan on doing. There’s no malicious vibe or no, ‘I’m going to get even with everybody’ or anything like that. It’s such a waste of time. I’m 63 years old, man. I don’t want to play the games anymore”.

The new line up for Toto, led by Lukather and singer Joseph Williams made its debut last November. They performed to a socially distant crowd of a handful of friends and family in LA’s SIR.

At this gig, Toto were also joined on stage by bassist John Pierce from Huey Lewis and the News, Snarky Puppy’s drummer Robert “Sput” Searight along with keyboardists Steve Maggiora (Robert Jon & The Wreck) and Dominique “Xavier” Taplin. Taplin is also a bandmate of Searight from Ghost Note.

That show was recorded for A Little Help From My Friends, which was released last Friday. You can order it here.

Lukather also spoke about the Toto line up recording the new live album and about touring with Ringo Starr.

Toto are to tour Europe next year. Check out their tour dates below.