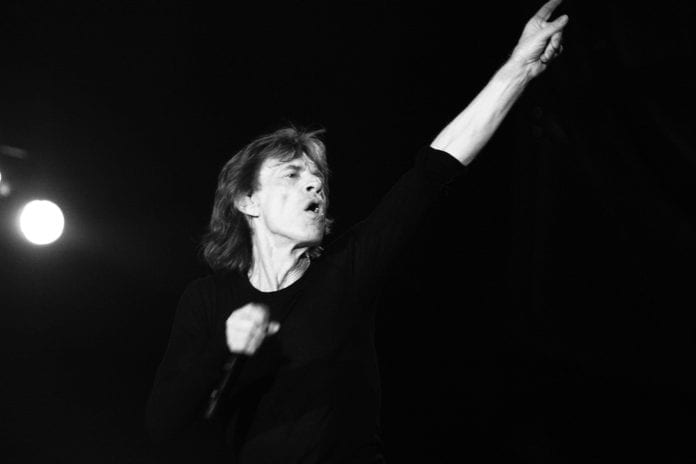 Profits from Adele’s 25 Tour place her among a group of the wealthiest musicians in the world the Sun reports.  They have complied a list of the Top 10 Highest Earning Tours which includes icons like Madonna, Bruce Springsteen, U2 and The Rolling Stones – who appear three times on the list!

U2’s 360 Degrees Tour was the highest-grossing concert tour of all time, taking in more than €695 million between 2009 and 2011. The shows made each member of the Irish rock band, including frontman Bono, €1.5million per night.

The Rolling Stones make an appearance three times on the list however, it’s not just the Stone’s Tours that are a money spinner.

A pair of Velvet trousers once worn by Mick Jagger, Keith Richards and Gram Parsons are to hitting the auction block and are estimated to sell for over €9,000. The three rockers shared the blue velvet trousers after they were initially custom made for Jagger in the 60’s.

The trousers are being sold as part of the ‘Marvels of Modern Music’ auction which will see pieces sold “from Jimi Hendrix and the Fab Four, to jazz prodigies and Elvis Presley”. Bidding begins at €940 but the garment is expected to sell for an estimated €9,400.

They were first shared by Jagger with Richards. Jagger then gave them to Gram Parsons after the late musician moved in with the Stones guitarist, Keith Richards. Parsons’ had nowhere to go after he left The Byrds during a tour of England in the summer of 1968 and so moved in with friend Richards.

A mutual friend – Pamela Des Barres – claimed the pair “wanted to take parts of each other and make them their own”  and that “they took different pieces of clothing from each other and traded.”

Aside from Mick, Keith and Gram’s trousers’, other items up for auction include Prince, The Beatles and Bob Dylan-related items.

Bids can be placed online at RR Auction; the auction ends today.