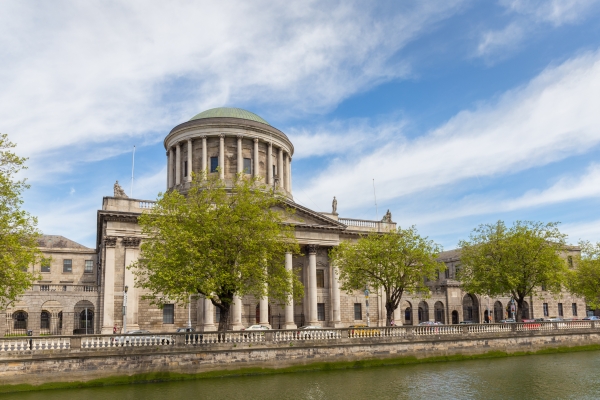 The Supreme Court has ruled that the unborn has no rights under the Constitution other than the right to life in the Eighth amendment.

The decision clarifies the constitutional position of the unborn in advance of this summer’s planned referendum on Article 40.3.3, which guarantees equal protection for the right to life of the unborn and its mother.

The cabinet will meet tomorrow morning to approve the bill to hold a referendum on abortion.

The unanimous verdict from the seven judges said the rights of the unborn in the constitution are confined to the right to life alone.

The ruling paves the way for the abortion referendum to proceed as planned.

The Taoiseach Leo Varadkar has appealed for a measured debate in the forthcoming referendum.

That bill will outline what question people will be asked, and needs to be passed by the Dáil and Seanad before we know what date the referendum will be held on.

“It’s important that we dot the ‘i’s and cross the ‘t’s – we don;t want to make any unforced errors when it comes to a referendum on changing our Constitution.

“So the Attorney-General asked for the remains of the day to consider the written judgement – I’ve agreed to that.

“Cabinet will meet tomorrow at 11 o’clock to hear his advice”.

If the Dáil does not sit on Friday to start debating the bill, a May referendum will be hard to bring around.

The Dáil does not sit next week and is off for a further two weeks over Easter.

The timescale is tight if the government still wants to hold a referendum in May as the cabinet will meet tomorrow to discuss the issue.

Lawyers for the family at the centre of the case – a Nigerian man, his Irish citizen partner and their daughter, who was unborn when the case aimed at having the Minister revoke an order for his deportation was initiated in May 2016 – opposed the appeal.

They argued the essential question was whether an unborn child, outside Article 40.3.3, is a constitutional “cipher” or “nullity” whose existence and rights do not have to be given any recognition or weight whatever in assessing whether to revoke the deportation order.

The Minister for Justice, they insisted, was required both to consider the rights of the unborn child to the care and company of her father and his rights as the prospective parent of an Irish citizen child.

Health Minister Simon Harris is considering the judgement and and is awaiting the advice of the Attorney General. The Minister intends to bring a memo to Cabinet with the final wording of the Referendum Bill shortly.

Speaking this morning the Minister said “this Bill will contain the wording to be put to the people in a referendum at the end of May. I look forward to the people having their say on this very important issue.”

Green Party Leader Eamon Ryan TD said … “We welcome the Supreme Court’s unanimous ruling today, which offers real clarity, and paves the way for a referendum on the 8th Amendment in May.’

We look forward to seeing the Government’s legislation later this week, and to the debate in the Dáil on Friday.”

The Pro Life Campaign has said the ruling shows the importance of keeping this life-saving provision in the Constitution.

Pro Life Campaign legal adviser, Professor William Binchy said … “The Supreme Court’s judgment makes it all the more necessary to oppose the Government’s proposal to introduce abortion on demand. The Court has made it clear that unborn babies, up to birth, would have no constitutional protection against the legislation that the Government intends to introduce.”

Save the 8th says the decision of the Supreme Court confirms that the proposal to repeal of the 8th Amendment would completely abolish all constitutional rights of unborn children.

Commenting on the judgment, Niamh Uí Bhrian of Save the 8th said ….

“This judgment of the Supreme Court exposes the frightening reality of the Government’s proposals on abortion. It exposes the true agenda of the Government proposals: to remove all constitutional protections for unborn children, while masking it s a proposal to protect the rights of women. Such an outcome would give carte blanche to future governments to extend abortion on demand later in pregnancy without any approval from the public.”

Man To Be Sentenced After Repeatedly Raping Spanish Student