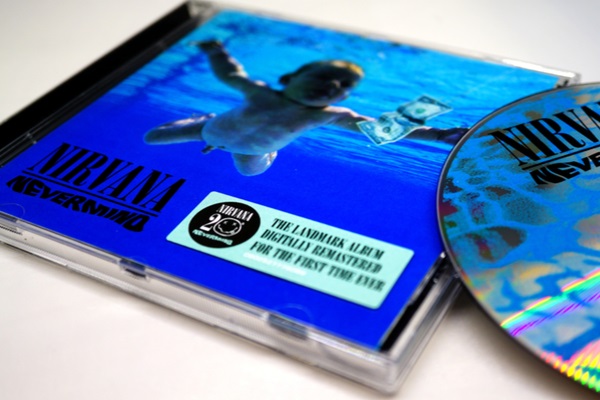 Coming up on today’s edition of The 50 Albums That Changed Your Life Here On Nova, two albums from the 1990s, and a classic from the 70s.

Another album which played a major part in the a movement within music and made a statement, was Nirvana’s 1992 album ‘Nevermind’.

An album viewed by many to mostly define the era of Grunge music, it has also been hailed as introducing the grunge scene of the band’s native Seattle to the wider world.

However, if we were to examine the music closer, it would appear that the tracks carried a much more personal meaning than that.

It seems that many of the songs were inspired by the breaking up of the relationship between Nirvana frontman Kurt Cobain and Bikini Kill’s Tobi Vail.

‘Lithium’ is a classic case in point, with the lyrics reading, ‘I’ll arrest myself, I’ll wear a shield’. This refers to a tattoo Cobain had of K Records on his arm, in order to impress Vail.

You can listen to this track, along with ‘Smells Like Teen Spirit’ and ‘Come As You Are’ from 10am, right here on Nova!

‘Smells Like Teen Spirit’ played a major part in the album’s success. It also surpassed one billion streams on Spotify last year.

Despite reaching number 1 in Ireland and in the US Billboard Chart following its release, the album only peaked at number 7 in the UK, mainly due to its struggles to compete with the dance music of the rave scene.

Whatever your views on Nevermind are, the lawsuits over the album cover etc, it is an album which established Nirvana as one of the best rock artists of all time, as major figureheads in the Grunge Movement.

Tune in from 10am here on Radio Nova!

‘Automatic For The People’ – R.E.M

Coming up at 1pm, we will be turning our attention to another 90s album, in the form of R.E.M’s ‘Automatic For The People’.

As opposed to the upbeat music of the band’s ‘Out Of Time’, ‘Automatic For The People’ offers a somewhat more melancholic tune, including ‘Everybody Hurts’.

The tracks generally look at themes such as aging, death, and haunting melancholy.

Despite this more downcast mood created with this album, ‘Automatic For The People’ reached number 2 on the Billboard 200 Chart, as well as being certified Platinum four times and three times in Austrailia.

Overall, it sold 3.5 million copies in the US.

Along with ‘Everybody Hurts’, you can tune into ‘Sidewinter Sleeps Tonight’ and ‘Man On The Moon’ from 1pm here on Radio Nova!

Rounding of Friday’s edition of the 50 Albums That Changed Your Life, is an album which has been called Billy Joel’s magnum opus.

The fact that it remains the singer’s best selling non-compilation album to date, as well as being ranked at number 70 in Rolling Stone’s 500 Greatest Albums of All Time, adds weight to that argument.

‘The Stranger’ looks at the ups and downs of relationships and the hassles of every day life.

‘Just The Way You Are’, and ‘Movin Out’ were among four hits that emanated from this album, with the former helping Joel to win Grammy Awards for song of the year, and record of the the year.

They are also two tracks that you can hear from 4pm along with ‘Get It Right The First Time’, right here on Radio Nova.