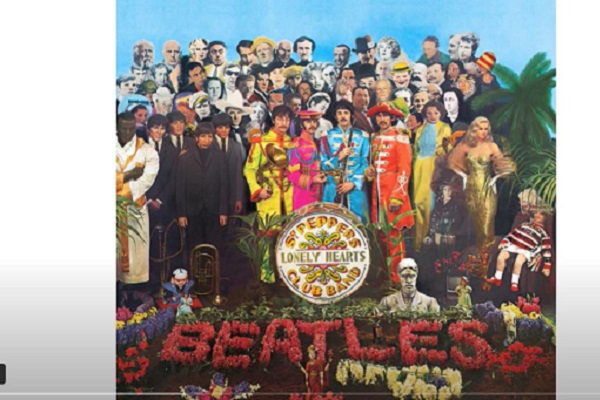 Today’s edition of the 50 albums That Changed Your Life Here On Nova will explore the 60s, 80s and 90s, as we check out albums from huge bands like the Beatles, and The Who, either side of an album from Paul Simon.

An album which arrived not too long after the fab four had received death threats over John Lennon’s quotes about them being “bigger than Jesus”, the Beatles’ ‘Sgt Pepper’s Lonely Heart’s Club’ album paid tribute to the Liverpool childhoods of Lennon and Paul McCartney, as well as subtle refrences to drug experimentations.

Certain tracks including ‘A Day In The Life’ were banned by the BBC due to its reference to taking LSD, while ‘Lucy In The Sky With Diamonds’ was also banned by the broadcaster, due to the lyric’s ‘I’d Like To Turn You On’.

You can also check out these tunes, along with the record’s title track, from 10am right here on Radio Nova!

Arriving in 1986, Paul Simon’s seventh studio album heavily features South African music, after the singer became inspired by the country’s culture and music , having been given a cassette of street music from there.

The album which also was released at a time when South Africa was still under Apartheid rule, was met with huge approval, selling 6 million copies within the first year of its release.

One of its biggest hits, ‘You Can Call Me Al’, can also be heard from 1pm, right here on Radio Nova!

The album’s title track and ‘The Boy In Bubble’ can also be heard here on Nova from 1pm!

Rewinding back to 1971, we will take in an album which has been considered by many as the greatest record ever produced by The Who.

The band’s only album to hit number 1 in the UK, it also reached number 4 in the US Billboard Chart following its release.

Epitomising it’s longevity, ‘Who’s Next’ boasts track which have been used in the very popular sci-fi series of ‘CSI Miami’. These tracks include ‘Baba O’Riley’ and ‘Won’t Get Fooled Again’.

Two tracks, as well as ‘Behind Blue Eyes’ that you can also hear from 4pm right here on Nova!