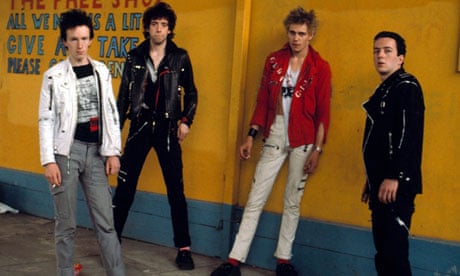 New footage from the ‘Rock Against Racism’ documentary called ‘White Riot’ documentary has been released. The Clash and Sham 69 frontman Jimmy Pursey deliver a rip roaring performance of The Clash’s track ‘ White Riot’.

Rock Against Racism was a movement that spread across the UK in the 70s. It was a reaction to the right wing advances in the government. Other countries in Europe had similar movements at the time, such as the Rock Gegen Rechts movement in Germany.

The collaboration between The Clash and Pursey was an interesting one. Both acts were there that day to spread the movement’s message. However, Sham 69 had developed a cult following from neo Nazi skinheads and members of the fascist National party. Sham 69 did not share this ideology. They did not champion any thing to do with these groups. By Pursey playing with The Clash, they were hoping to get the message across to the fascists.

In the documentary, The Clash drummer Topper Headon says “We thought it would be great if Jimmy could get on stage with us to nail his colours to the mast, as well. I’m not a racist.”

“We had no idea how many people were out in front, and my vivid memory of that day is walking up — because it was a very high stage — walked up the stage and saw 100,000 people.”

The Sham 69 frontman had initially backed out of the performance due to death threats that were made against him. However, at the concert, Pursey defiantly tells the crowd “No one can tell me what to do! I’m here because I support Rock Against Racism”.

You can watch the clip of The Clash and Jimmy Pursey below.

Another co-founder, Red Saunders went on to say “We want rebel music, street music, music that breaks down people’s fear of one another, music that knows who the real enemy is… Love music, hate racism”

The documentary was directed by Rubika Shah. She has also directed short documentaries about David Bowie and Spike Lee. White Riot was first released in 2019 and has won many awards. It won best documentary at the London Film Festival and best Indie Music Award at the Lisboa International Film Festival.

More information about the ‘Rock Against Racism’ documentary and how to watch it can be found here.

Young Admits Performing Without His Iconic Stagewear Would Be Weird