Home Classic Albums You Can Listen To Thin Lizzy’s ‘Black Rose’ Tonight From Midnight On... 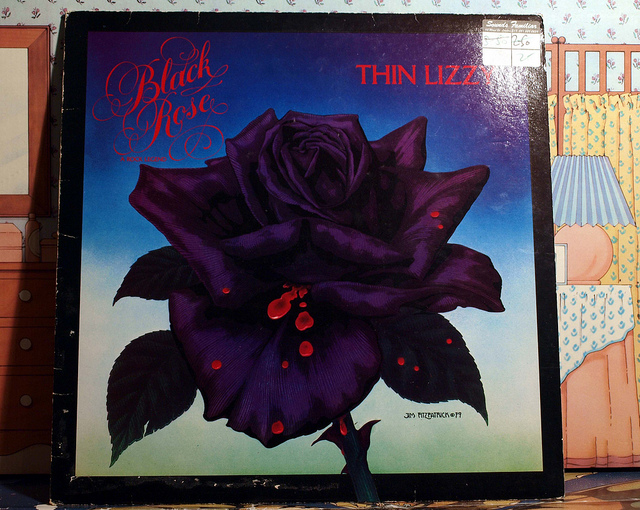 Black Rose: A Rock Legend is the ninth studio album by Thin Lizzy and it was released on the 13th of April 1979. It is the bands most successful album and it charted at number 2 on Uk album charts.

Black Rose: A Rock Legend would prove to be Thin Lizzy’s last true classic album (and last produced by Tony Visocnti). Guitarist Brian Robertson was replaced by Gary Moore prior to the album’s recording. Moore had already been a member of the band in the early ’70s and served as a tour fill-in for Robertson in 1977, and he fits in perfectly with Lizzy’s heavy, dual-guitar attack.

Black Rose also turned out to be the band’s most musically varied, accomplished, and successful studio album, as previously mentioned reaching number two on the U.K. album chart upon release. Lizzy leader Phil Lynott is again equipped with a fine set of originals, which the rest of the band shines on — the percussion-driven opener ‘Do Anything You Want To’,  the pop hit ‘Waiting for an Alibi’, and a gentle song for Lynott’s  newly born daughter, ‘Sarah’.

Not all the material is as upbeat, such as the funky ‘S&M,’ as well as two grim tales of street life and substance abuse — ‘Toughest Street in Town’ and ‘Got to Give It Up’ (the latter sadly prophetic for Lynott). Black Rose closes with the epic seven-minute title track, which includes an amazing, complex guitar solo by Moore that incorporates Celtic themes against a hard rock accompaniment. Black Rose: A Rock Legend is one of the ’70s lost rock classics.

1. Do Anything You Want To

4. Waiting For An Alibi