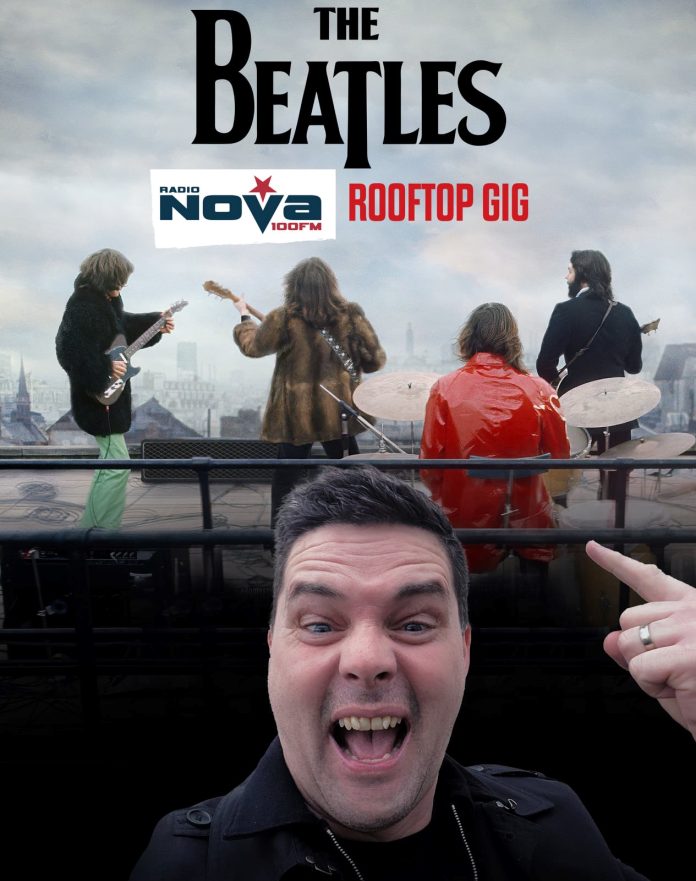 Every day on Radio Nova, just before 11am, we play a couple of songs key to “today in music history” Have a listen! But for now – here’s some light reading and watching. January 30th in Music History looks like this.

Firstly 1969, The Beatles with Billy Preston, played their lunchtime rooftop gig on top of the Apple building on Savile Row, London. Lasting for just over 40 minutes it was the last time The Beatles performed live.  John Lennon ended the performance by saying “I’d like to say ‘Thank you’ on behalf of the group and ourselves and I hope we passed the audition.”

1972, Paul McCartney wrote and recorded his protest song ‘Give Ireland Back To The Irish’ within 24 hours of Bloody Sunday.

1973, After recently changing their name from Wicked Lester, Gene Simmons, Paul Stanley, Ace Frehley and Peter Criss made their first appearance as KISS at the Popcorn Club in Queens, New York.

1990, Unhappy with the re-issue of the bands early single ‘Sally Cinnaman’ The Stone Roses trashed their former record company Revolver FM’s offices and threw paint over cars. The band were arrested and charged with criminal damage.

2013, Mick Jagger was named the most stylish rock star of all time by lifestyle website Complex. Jagger lead their top 50 list ahead of Prince, David Bowie, Kurt Cobain, Sid Vicious and Keith Richards. Complex stated “Even today, he wears silk scarves and suits with more rakish appeal than most men”

2016, David Bowie left an estate valued at about $100m (£70m), according to his will which was filed in New York. Half would go to his widow, Iman, along with the home they shared in New York. The rest was shared between his son and daughter.