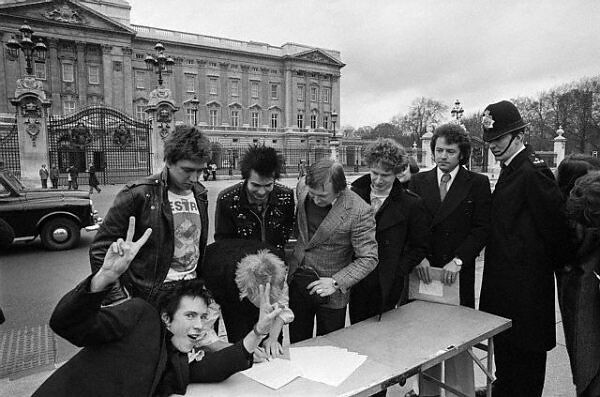 Every day on Radio Nova, just before 11am, we play a couple of songs key to “today in music history” Have a listen! But for now – here’s some light reading and watching.  March 10th in Music History looks like this.

1964, Paul Simon and Art Garfunkel recorded ‘The Sounds Of Silence’ as an acoustic duo. It wasn’t until record company producers added electric guitar, bass and drums, without the knowledge of Paul and Art, that the song would become a hit in late 1965.

1977, At 7 in the morning on a folding table set up out-side Buckingham Palace, London, the Sex Pistols signed to A&M Records. An after party was held at the offices of A&M records following the signing where the Pistols set about reeking havoc. The contract lasted for six days.

1988, Andy Gibb younger brother of the Bee Gee boys died in hospital. His death followed a battle with cocaine addiction, which had weakened his heart.

2010, Pink Floyd won a court battle with EMI that prevented the record company from selling single downloads and ringtones on the Internet from the group’s albums. The Floyd back catalogue was second only in sales to The Beatles.