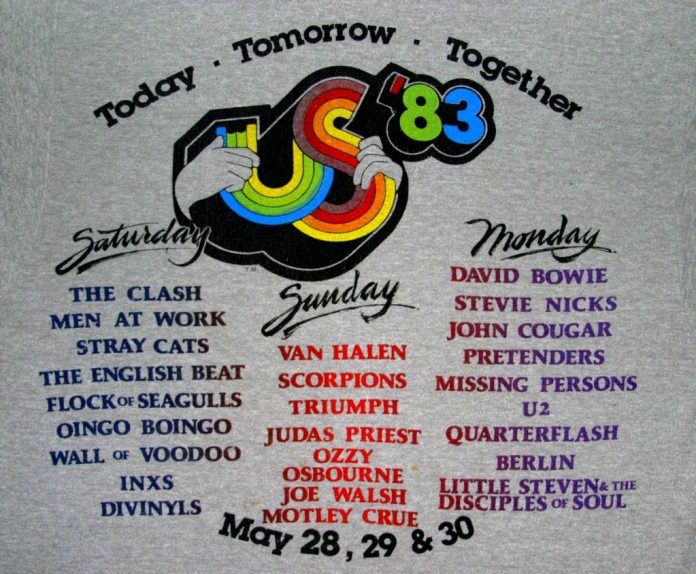 Every day on Radio Nova, just before 11am, we play a couple of songs key to “today in music history” Have a listen! But for now – here’s some light reading and watching. May 28th in Music History looks like this.

1969, Rolling Stone Mick Jagger and Marianne Faithfull were arrested at their London home and charged with possession of cannabis, they were both later released on £50 bail.

1977, Sting, Stewart Copeland and Andy Summers played together for the first time in Paris

1996, Depeche Mode singer Dave Gahan was rushed to Cedars Sinai Hospital, Los Angeles after an apparent drug overdose. The singer was later arrested for possession of cocaine and heroin.

2015, Michael Jackson’s former home, Neverland Ranch, was listed for sale for one hundred million dollars. The 2,700-acre ranch in California included a train station, a six-bedroom house, a 50-seat movie theater and two lakes. (2019 back on market for 31 million)

1959, Born on this day, Welsh singer Steve Strange from Visage who had the 1980 UK No.8 single, ‘Fade To Grey’. Strange appeared in the video for David Bowie’s No.1 hit ‘Ashes to Ashes’.