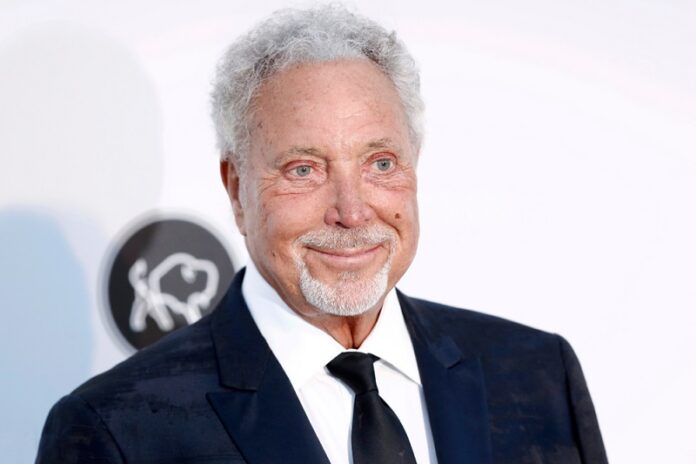 Tom Jones has released a music video for his new single, a cover of Malvina Reynolds’ track ‘No Hole In My Head’.

The Welsh singer is releasing an album full of covers. It’s called ‘Surrounded By Time’ and will be released via EMI on April 23. You can pre-order the album here.

The track was originally a folk song recorded by influential folk singer, Malvina Reynolds. Tom Jones has reworked it as an upbeat pop-rock song. The video sees Jones interrogated by a dark and intimidating figure.

In a statement, Tom Jones said: “This song is powerful at any age. It’s about having confidence in who you are.”

“Particularly during this time of a pervasive, boundless media that can wield so much influence, it’s more important than ever to know and be strong in your own self.”

The new album is co-produced by Ethan Jones and Mark Woodward. It is Jones’ first album since 2015 when he released ‘Long Lost’ Suitcase’. The new record features covers of songs from Cat Stevens, Bob Dylan and many more.

‘Surrounded By Time’ is a covers album. Speaking about the new album in a Facebook post, Jones said “Last year, during lockdown and after 5 years of enormous personal changes, I finally found the need to express myself again through my music. So I got into the studio with some great friends and musicians and created a new album!”

“Who expects what is always so completely unexpected? My personal clock started ticking in 1940, and with all the magnificent strangeness of life on this planet both speeding up and slowing down, the album is titled Surrounded By Time.”

“Each song tells a story that comes from me and reflects my own experience at some time or another. It’s been a helluva ride, and I am really, really proud of this record – it’s a great listen and I hope you take a moment to give it some Time.”

“Come along with me on this storybook ride… I guarantee you’ll love it!”