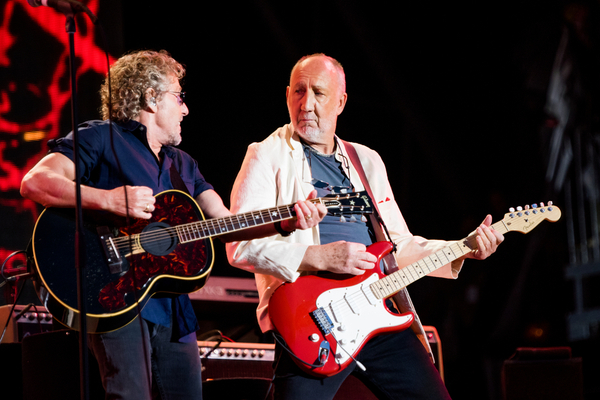 Mainstay rockers, Pete Townshend and Roger Daltrey have burst eardrums around the world since they first performed as The Who in ’64. After almost six decades of rock, the pair are now considering distinctively different paths in their lives with Daltrey touring “until he drops” and Townshend taking the relaxing approach.

Poised to begin their 2022 The Who Hits Back! Tour, the guys will perform 29 shows before wrapping up in Nevada on November 4th and 5th. Although the band are gearing up preparations for their April opener, Townshend and Daltrey are now considering what comes next.

Speaking with Rolling Stone magazine, Townshend touched on his future with the London rockers and yearns for a retirement plan. The legendary guitarist said he is looking forward to putting down the six-stringer and, taking up long walks and sailing adventures.

“I don’t want to be like one of these guys that dies on tour,” Townshend explained. “Roger is of the opinion that he wants to sing until he drops. That’s not my philosophy of life. There are other things that I want to do, still want to do, and will do, I hope. I hope I’ll live long enough to do them.”

Although Townshend claims he has no intention of retiring from making music or creating, he is very open to the idea of no more life on the road. The rocker further noted that days of long travel due to executive obligations, and for “a load of people to get a smile on their face,” are behind him.

“I tend to go into a hotel, build a small recording studio, and try to write songs,” Townshend explained of tour life. “That’s how I spent my time, in hotel rooms.”

However, with the pandemic subsiding and touring just about to start up again, Townshend said he remains optimistic about this year. “I’m pretty sure we’ve seen the end of COVID-19. I’m pretty sure that it’s behind us now.”

Meanwhile, Townshend has said although he cares not for the upcoming Keith Moon biopic, he will still enjoy having a big “moan” about it if he does not approve. Speaking to reporters, however, he stated he will not seek to put a stop to the biopic’s development even if it fails to represent Moon properly.