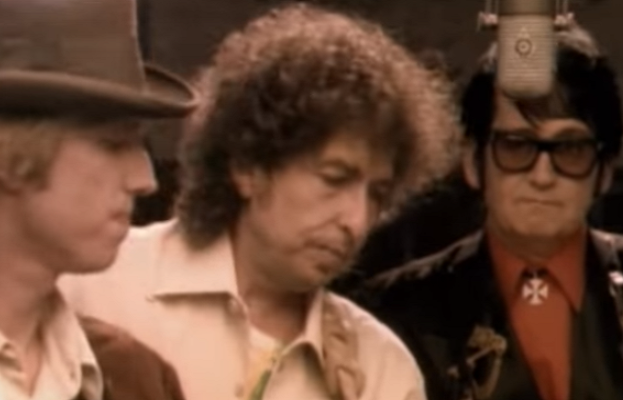 Craft Recordings have announced that a limited edition 12” picture disc of the unforgettable 1988 album The Traveling Wilburys Vol. 1 will be released on 2 November to mark its 30th anniversary.

The 12-inch picture-disc features the band’s bold logo on the A-side with the B-side displaying an Alberto Tolot photo of the Wilburys, and a die-cut sleeve revealing the picture disc in all its glory.

The Travelling Wilburys included George Harrison, Bob Dylan, Tom Petty, ELO’s Jeff Lynne, and Roy Orbison. Orbison died only two months after Volume 1 was originally released and still riding high on the charts and this new disc arrives just over a year after the passing of the second member of the unique, all-star group, Tom Petty.

According to Udiscovermusic, the whole project started after Harrison and Lynne were asked to record a b-side for a single from George’s popular Cloud Nine record. Requiring a swift recording, they used their friend Bob Dylan’s studio and the product was the instantaneous emergence of ‘Handle With Care,’ which comprised of Petty, Orbison and Dylan himself. The song was obviously too good to be a b-side and became the lead track from a stellar superstar collaboration.