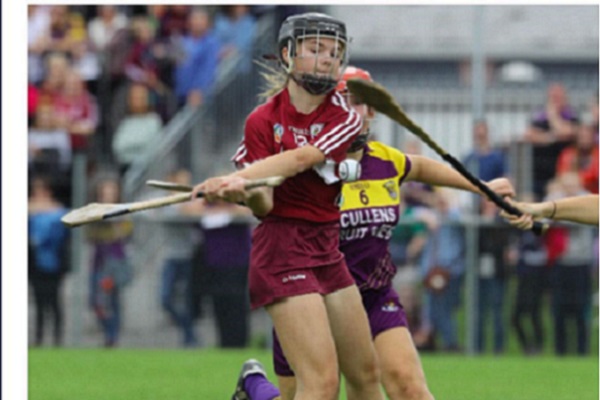 A local community in Galway has been left in mourning after a young camogie player died in a freak accident during a match.

All Ireland winning player Kate Moran died in a “devastating and tragic accident”. She suffered a serious head injury in an accidental collision. She was also playing in a senior camogie game at the time.

It has been reported that Kate Moran was hit by a sliotar and swinging hurley. She had been trying to block the ball while playing a league match against Ardrahan.

Following this incident, this match was abandoned as three ambulences were called to the scene.

Kate Moran was taken to Galway University Hospital, and was in intensive care overnight, before sadly dying yesterday.

As a mark of respect to Kate’s family, Galway camogie have postponed all adult and juvenile games this week.

All in Galway Camogie are saddened at the untimely and tragic passing of Kate Moran from Athenry Camogie Club.

Our heartfelt and deepest condolences to the Moran Family, Kate’s Friends and all the Members of Athenry Camogie Club.

Kate played with Athenry from underage up to pic.twitter.com/Vfhch1FpGJ

Paying tribute to Kate Moran, a spokesperson for her club Athenry said that she will be “greatly missed  by all who knew her”.

“This is a terrible tragedy for her family, our club and our community. We are deeply saddened by these events”, they said. “Our sympathy and thoughts are with the Moran family and friends. Kate will be greatly missed by all who knew her”.

“Kate began playing with Athenry Camogie Club at underage level and quickly progressed to Senior A level with great distinction. She holds a Feile, Minor County and Intermediate County title”.

“She played in a club All Ireland Intermediate final, won two All Irelands at U16 level with Galway, both titles she was incredibly proud of.

They also called her “a tremendous role model for our many underage players and a wonderful leader both on and off the field of play. Her bubbly personality will be remembered for eternity”.

Councillar Shelly Quinn said that the community of Athenry are “deeply saddened by the news as a community”.

“It has taken all of us by shock”, she added. “The GAA game ended in catastrophic results for Kate and it was a horrible tragic accident”.

“Galway Camogie is one of the biggest GAA clubs in the country and there will be a massive community response to this devastating tragedy”.

She added, “Kate was taken far too soon and our thoughts and sincerest condolences go out to the Moran family”.

Councillor Albert Dolan attended both primary and secondary school with Kate. He said that her death was a “massive shock to the community”.

“I don’t think that there are any words to express just how terrible this must be for Kate’s family”, he told Galway Beo. “My thoughts and prayers go out to the family at this tragic time”.

Kate Moran was part of the Galway under 16 camogie teams that won back to back All Ireland titles in 2016 and 2017. She also featured on the minor team that lost to Cork in the 2018 decider.

Ethiopian Jet Crashes With 157 On Board