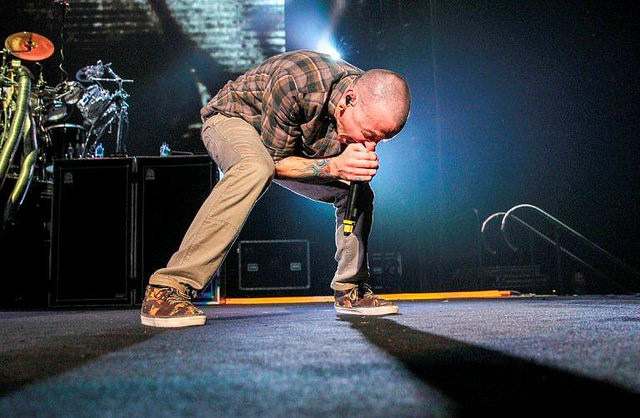 Chester Bennington, the lead vocalist for Linkin Park, was found dead yesterday of an apparent suicide.

He was 41 years old and is survived by his wife, Talinda, and his six children.

Bennington was also close friends with Chris Cornell who also died by suicide in May.

Bennington attended Cornell’s funeral and sang a cover of “Hallelujah.” He was found dead inside of the residence the same day that Cornell would have turned 53-years old.

The death was confirmed by his bandmate Mike Shinoda on twitter.

Shocked and heartbroken, but it's true. An official statement will come out as soon as we have one.

Fellow musicians have taken to social media to express their sorrow and condolences for the loss of life. Including the late wife of Chris Cornell.

Just when I thought my heart couldn't break any more…..I love you T

I am in tears.Chester just told me how happy he was…..He was such a sweet and talented man……Ifeel so sad for his family,band mates and fans

So sorry to hear the news about Chester Bennington. Sending so much luv, strength & light to his family, kids & @linkinpark ohana.

Bennington has been a member of Linkin Park for over 20 years. After their debut album, Hybrid Theory sold 10 million copies, they followed up that success with 2003’s Meteora.

They won two Grammys – their first one for 2001’s hit song Crawling and their second for Numb/Encore, a remix of the original song featuring Jay-Z, in 2005.

In May this year they released their seventh album, One More Light, ending the three-year wait for fans since their previous album, The Hunting Party.

If you or anyone you know is suffering, please contact the Samaritans or Pieta House below:

Courtney Barnett Announces Show At The Olympia Theatre This November!