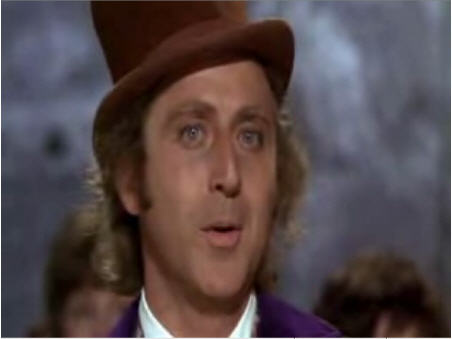 Hollywood has been paying tribute to the late Willy Wonka actor, Gene Wilder,  whose death was announced yesterday.

The actor, who died due to complications from Alzheimer’s disease, was loved by many for his roles in Willy Wonka & the Chocolate Factory, Blazing Saddles and The Producers.

In a statement, the actor’s nephew, Jordan Walker Pearlman said “We understand for all the emotional and physical challenges this situation presented we have been among the lucky ones — this illness-pirate, unlike in so many cases, never stole his ability to recognize those that were closest to him, nor took command of his central-gentle-life affirming core personality. The decision to wait until this time to disclose his condition wasn’t vanity, but more so that the countless young children that would smile or call out to him “there’s Willy Wonka,” would not have to be then exposed to an adult referencing illness or trouble and causing delight to travel to worry, disappointment or confusion. He simply couldn’t bear the idea of one less smile in the world.”

Many Hollywood actors have been taking to Twitter to pay tribute to the late actor. Billy Crystal said “Gene Wilder was a giant of comedy. His legacy of films is inspiring. A true genius”, Russell Crowe wrote “I saw Blazing Saddles 7 times at the cinema with my school friends,” while Lenny Kravitz summed it up by tweeting “This guy made me laugh a lot. Laughter is a gift – Thank you Gene.”

Our Top Picks For Sea Sessions This Weekend