Home News Trump In the Mire 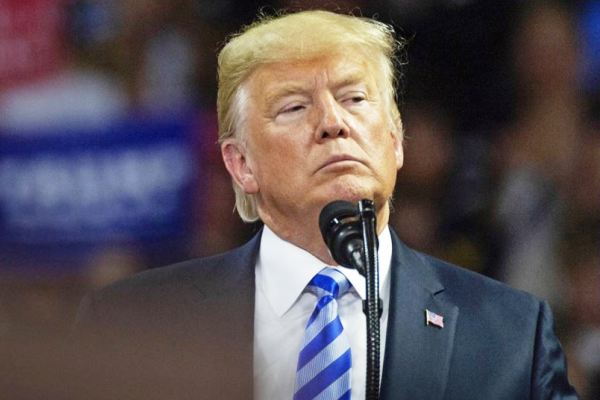 If anyone is looking for a good lawyer, I would strongly suggest that you don’t retain the services of Michael Cohen!

The wagons are circling, the knives are out, the day of reckoning may be at hand for one Donald J. Trump.

It’s the first conviction secured by Robert Mueller – the special prosecutor investigating links between the Trump election campaign and Russia.

The reaction was unsurprising to the latest insult from the U.S. President.

Earlier Trump: Cohen is “a fine person with a wonderful family” who is a “businessman for his own account/lawyer who I have always liked & respected.”https://t.co/gC4JRkt9j1

It’s been a gruelling 24 hours for Donald Trump with two of his former associates facing prison sentences. The investigation that has led to these cases has been branded a ‘witch hunt’ by the US President.

The investigation into Russian interference in the US election in 2016 is what’s led to the events of the last 24 hours. Michael Cohen, Donald Trump’s longtime lawyer and ‘fixer’, pleaded guilty to 8 charges.

They include paying hush money to two women – which Cohen says was under Mr Trump’s direction, seemingly implicating the President.While the President himself has slammed the investigation into Russian collusion that got him to this point:

It’s unclear yet what the full legal ramifications will be for Donald Trump.

Elizabeth Warren, the high-profile Democrat senator has urged Congress to pass a law to make sure that the special counsel’s investigation is protected, after she said the Trump administration is “the most corrupt administration in living memory.”

The @realDonaldTrump era has given our country its most nakedly corrupt leadership of our lifetimes. But they didn't cause the rot – they’re just the biggest, stinkiest example of it. Join the fight for my new bill to #EndCorruptionNow: https://t.co/FaK9rJT0PI pic.twitter.com/dxHtovgcGL

Michael Cohen’s lawyer Lanny Davis says on MSNBC that Cohen has information regarding a Russian conspiracy to “corrupt American democracy” and “a failure to report that knowledge to the FBI.”

In an interview on MSNBC, Davis says: “There is no dispute that Donald Trump committed a crime”.

Davis explained what Cohen told the court under oath yesterday.

“The president of the United States directed him to commit a crime meaning the president committed the crime and covered it up because he didn’t sign the cheque to keep quiet the affairs with the two women.”

Today he stood up and testified under oath that Donald Trump directed him to commit a crime by making payments to two women for the principal purpose of influencing an election. If those payments were a crime for Michael Cohen, then why wouldn't they be a crime for Donald Trump?

Analysis: Two of the president's former associates were in court. Both guilty of multiple felonies.

It wasn't just a bad day for Trump, it was a historically awful day for the presidency. https://t.co/y6fROJ4vmN

Trump said he would "drain the swamp" in Washington, but instead he created his own one and is acting as its head alligator. His Presidency, one in which values and integrity do not seem to count, is detrimental to people's faith in democracy. https://t.co/kbRbMnml6k

The president has followed up his tweet denouncing Michael Cohen by expressing his sadness for Paul Manafort, his former campaign chair, who could face decades in jail.

He praises Manafort, who was convicted on eight of 18 charges – some of which were financial crimes that allowed him to fund a lavish lifestyle – and says how much he respects that he refused to cooperate with prosecutors in order to get a plea deal.

I feel very badly for Paul Manafort and his wonderful family. “Justice” took a 12 year old tax case, among other things, applied tremendous pressure on him and, unlike Michael Cohen, he refused to “break” – make up stories in order to get a “deal.” Such respect for a brave man!

He then tries to deflect:

Leo Varadkar Says Half The Population Could Contract Covid-19