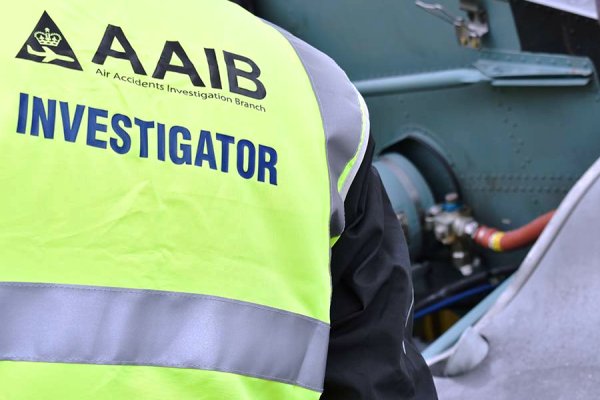 Two people have died after a light aircraft crashed around five kilometres from Belfast International Airport not long after midday today.

Paramedics, firefighters and an air ambulance helicopter attended the site near Nutts Corner after the Cessna plane caught fire close to a wooded area.

The Air Accident Investigation Branch sent a team to Crumlin, while the ambulance service said: “No patients were taken from the scene.”

The incident was stood down at 12:49. The plane ended up sitting in a grassy area while nearby roads were closed.

We are operating as normal following an incident involving a light aircraft at Loanends 2/3 mls from Airport. The aircraft was not operating into or out of the airport. All further media enquiries should be addressed to @PoliceServiceNI

The ambulance service added: “The Northern Ireland Ambulance Service received a call at 12:23 this afternoon following reports that a light aircraft had come down near Nutts Corner.”

“NIAS implemented its major incident protocols in response to this incident and one rapid response paramedic, three emergency ambulance crews and four officers were dispatched to the incident.

SDLP Lagan Valley MLA Pat Catney said: “My thoughts and prayers are with everyone involved in the ongoing incident at Nutts Corner following a crash.”